Turkish soldier shoots two colleagues then self on Syria border

The soldiers were killed overnight while guarding the Turkish-Syrian border in the Ceylanpinar district of Sanliurfa province. 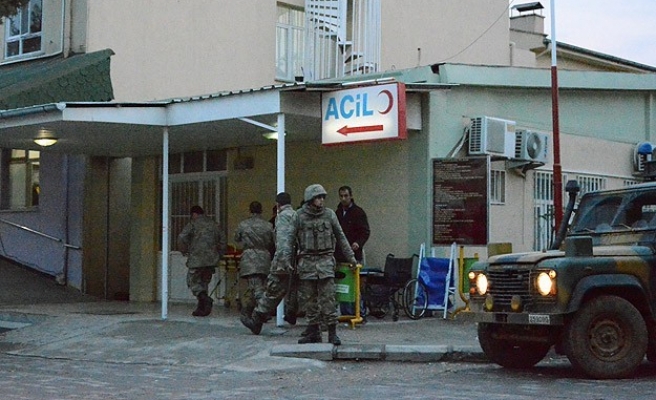 A Turkish soldier on duty on the border with Syria shot dead two of his colleagues then killed himself late on Monday, PM Ahmet Davutoglu and the governor of the southern province of Sanliurfa said, dismissing suggestions they had been killed by cross-border fire.

The death of three soldiers close to where ISIL insurgents have battled Syrian Kurdish fighters had caused concern that they had been targeted from within Syria, or hit by stray bullets, which have crossed the border in the past.

The killing of three soldiers on border duty in the southeastern province of Sanliurfa was not due to a terror attack, Turkey's Prime Minister Ahmet Davutoglu said.

"It is apparent that it is a case of mental breakdown. Whatever it is, those who lost their lives on duty are our martyrs," Davutoglu told reporters during his visit to the Polish capital of Warsaw.

The soldiers were killed overnight while guarding the Turkish-Syrian border in the Ceylanpinar district of Sanliurfa province.

The prime minister said the incident broke out due to psychological tension in the aftermath of a telephone call or message.

He added that he had been following the issue since midnight with Interior Minister Efkan Ala and Necdet Ozel, the chief of the general staff.

According to current information, Davutoglu said, the incident was not a terrorist attack or an attack from across the border.

Izzettin Kucuk, governor of the southeastern Sanliurfa province, said in a press conference that a soldier suffered a mental breakdown and killed two other soldiers before killing himself.

"We examined the spent case bullets, traces and evidence," Kucuk said, adding that the incident took place at around 23.30 pm local time (21.30GMT) 1.5 kilometers from the outpost in the district.

The governor revealed the names of the slain soldiers as Sergeant Ramazan Yel, Corporal Kadir Yildiz and soldier Umut Aslan.

Earlier, Kucuk said hundreds of security forces were immediately dispatched to the scene in case of an attack.