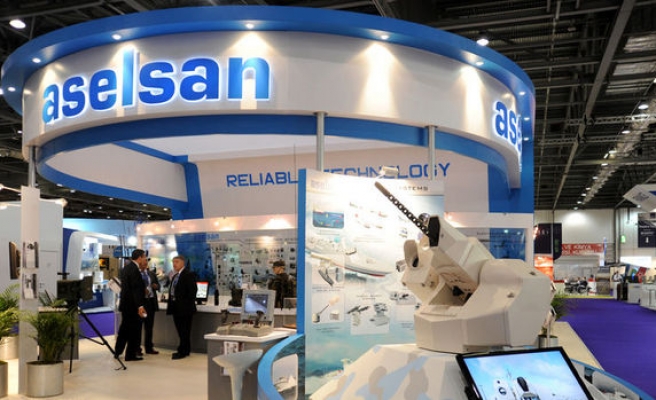 Turkish defense giant Aselsan is expected to help Turkey keep more money within the country by producing a domestic version of a digital tachograph, a device which monitors a vehicle’s speed and distance.

In addition to their contributions to Turkey’s defense industry, the Ankara-based company is providing products for civilian use, Aselsan said in a statement Thursday.

The firm stated that digital tachographs are only produced by a handful of countries, including Turkey.

Within the EU, the devices are mandated for vehicles such as trucks, vans, and other vehicles with a nine-passenger capacity or above.

The EU requires the devices for trucks and bus coming from Turkey.

When Turkey, EU countries, and other countries with vehicles entering the EU are considered, there is an annual market for digital tachographs of over 1 million.

So taking into consideration the number of vehicles with tachographs and the need for the device, Aselsan's locally made digital tachograph could stem the outflow of almost €1 billion ($1.17 billion), said the company.

Turkey comes second in the world in international road transport thanks to its fleet of 60,000 vehicles operating in Europe.

Older tachographs can cause traffic accidents and loss of life and property as they can be manipulated. Newer tachographs as produced by Aselsan are expected to end this. Thanks to its tools, working hours and speed limit violations can be monitored clearly.

The device saves the vehicle speed and drivers' working hours and identities automatic or semi-automatically. The device is also resistant to manipulation.

The digital tachographs' marketing, sales and support will be done by its distributor, Takosan, said Aselsan.

Founded in 1975 in the capital Ankara, Aselsan, which produces military radios and defense electronic systems for the Turkish Armed Forces, is seen as Turkey's premier defense systems producer.