E keyboard comes as a rival for F and Q keyboards. 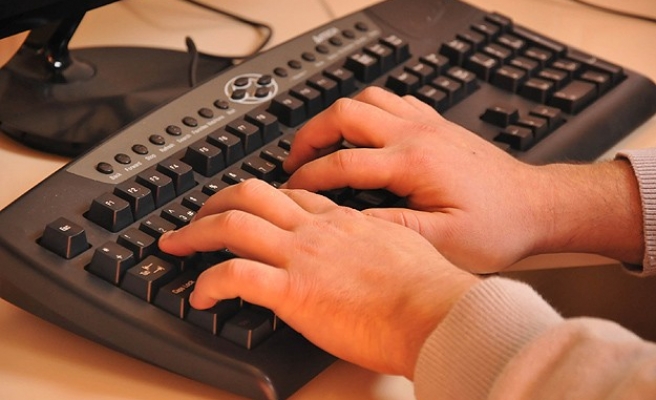 Istanbul-based Bogazici University has developed a new keyboard with Turkish letters, the university announced on Tuesday.

The new keyboard is called E keyboard, and will compete with the previous F and Q keyboards for Turkish writers.

Bogazici University said in a statement that a group of researchers under the leadership of Mahmut Eksioglu has worked for three years to develop the new keyboard.

The statement said that The Scientific and Technological Research Council of Turkey (TUBITAK) supported the project, for which they will take also the patent.

Eksioglu said that the new keyboard was developed by studying the ergonomic layout of letters and so it is more optimal. He said that in the E Keyboard, letters were laid out taking into consideration the capacity of fingers and their moving space.

Turkish writers use the QWERTY or Q keyboard, which is nearly the same as the English version with some different buttons for the Turkish letters ç, ğ, ı, ö, ş, ü.

However, the Turkish alphabet is different from its English counterpart, and is thus concentrated on the right side of the keyboard.

The FGĞIOD or F keyboard is another type of keyboard developed by Turks and that has nothing in common with the QWERTY or Q keyboard, which is the most internationalized keyboard. The F keyboard is hardly used among Turks.

With the new E keyboard, Eksioglu said performance in writing rises, and that it provides more healthy and comfortable usage.

In the framework of the project, Eksioglu said that there was research with participants of different ages, and that the ergonomic criterion was determined by experimental studies. The speed capacity for each finger was also determined according to the speed with which each finger types a single button.

Ekisoglu said that the F Keyboard is better than the Q keyboard to write Turkish with.

He added that they have not found any literature about the methods that were used to develop the F keyboard.

He said that while developing the F keyboard, the Turkish letter frequency of the Turkish National Corpus was not taken into consideration, but rather that of the 1950’s Turkish dictionary.

The Bogazici University team has studied the binary combinations of the fingers, the time needed to type two buttons one after another, and the letter combination of the Turkish language.

“Taking those into consideration we obtained 152 keyboard models,” Eksioglu said, adding that they had arranged performance and healthy experiments for the best three of them. He said that in experiments they had also used the electronic gloves to capture motion data and measure the tendon movements.

“To write a typical Turkish text, using the E keyboard makes you use much less tendon movements than with the F or Q keyboard,” he said.

Ekisoglu said that making too many tendon movements can raise the risk of hand-wrist musculoskeletal disorder.

He said that the E keyboard is developed based on experiments and mathematical calculations, while the F keyboard has no scientific basis.