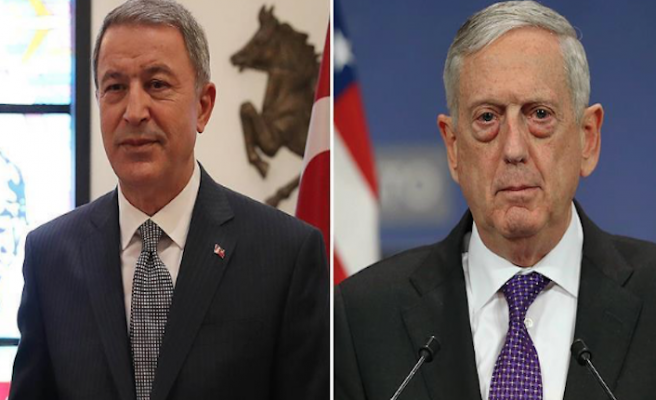 Akar and Mattis exhanged views on bilateral defense relations, Syria and the fight against terrorism, said the source, who spoke on condition of anonymity due to restrictions on talking to the media.