Turkish, US officials meet on day 2 over FETO probe 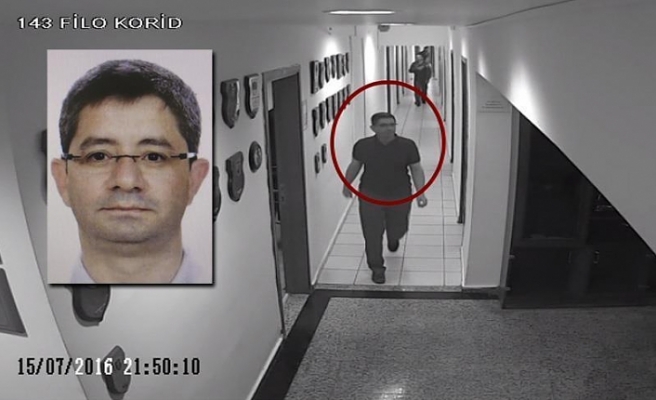 Some details about so-called senior members of the Fetullah Terrorist Organization (FETO), the group behind the 2016 defeated coup in Turkey, were shared in a meeting between Turkish officials and a U.S. delegation on Friday, according to Turkish sources.

Day two of the meeting was hosted by the Presidency of Counter Terrorism Department of Turkey at the General Directorate of Security in the capital Ankara, said the sources, who asked not to be named due to restrictions on speaking to the media. The first day of the meeting was held at Ankara Courthouse.

The talks were attended by senior officials of Turkey's Directorate of Anti-Smuggling and Organized Crime Branch, the intelligence, offices of the Interpol and foreign affairs, as well as the Financial Crimes Investigation Board (MASAK).

In the meeting, information on the so-called civilian imams of the FETO terror group Kemal Batmaz and Hakan Cicek being at the Akinci Base during the night of July 15, 2016 and details of their phone calls were shared.

Data on financial moves of the terror group were also shared by a MASAK official.

Earlier, it was learned that the GSM line in Cicek’s cell phone -- iPhone A1688 -- was first activated on March 7, 2016 and the location saved in the phone belonged to FETO ringleader Fetullah Gulen’s farmhouse in Pennsylvania.

Cicek talked to Abdullah Bayram, who lives in Pennsylvania, through FaceTime for nearly four minutes during the failed coup attempt. He also messaged Hakan Serbest via Viber application.

Thursday and Friday's talks are seen as important for exposing the role of FETO’s U.S.-based leader Fetullah Gulen and his inner circles.

Ankara prosecutors had earlier confirmed that “civilian imams” Batmaz, Cicek, Adil Oksuz, Harun Binis, and Nurettin Oruc were in the U.S. in January, March, and June of 2016, in the lead up to the July coup attempt.

Those figures above are known to have held preliminary talks with Gulen regarding the defeated coup.

FETO and its U.S.-based leader Gulen orchestrated the defeated coup of July 15, 2016, which left 251 people martyred and nearly 2,200 injured.

Ankara has also said FETO is behind a long-running campaign to overthrow the state through the infiltration of Turkish institutions, particularly the military, police and judiciary.

Ankara has long sought the extradition of Gulen and expressed frustration with delays on the U.S. side.

Turkish leaders in recent weeks have said the U.S. is showing more interest in possibly extraditing Gulen and moving against FETO members in the U.S.