Some Turks canceled or postponed trips to Paris after attacks, according to travel companies. 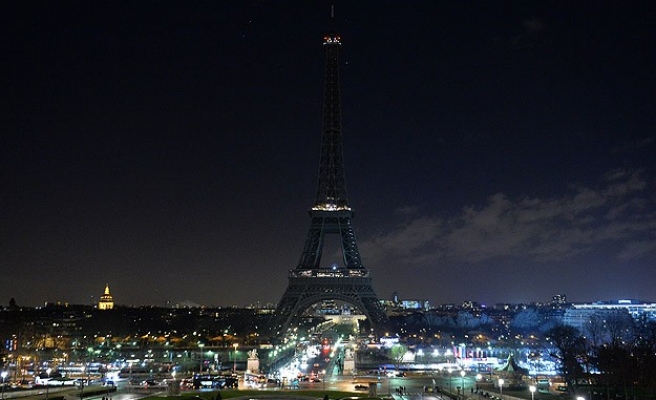 The recent Paris attacks, which involved a manhunt for three gunmen and two hostage situations, have created a tense atmosphere for tourists wanting to visit one of the world’s most well-known cities.

Some Turks canceled or postponed their trips because of safety concerns.

“There has been around a 40 percent decrease in ticket sales,” said Tulay Meral, an international ticket sales department representative at Alo Bilet Hatti company in Istanbul. “The majority of this decrease is due to tour cancelations.”

Twelve people were killed on Jan. 7 when masked gunmen attacked the Paris headquarters of satirical magazine Charlie Hebdo, which is known for printing controversial material, including derogatory cartoons depicting Prophet Muhammad in 2006 and 2012.

“If my trip was just after the attacks, I would have preferred to call it off,” said 26-year-old Taner Ozer, a university student in Istanbul, who went to Paris two months ago. “This is the kind of atmosphere that no one wants to see, especially tourists.”

France raised its national security alert level to "attack alert" after the shootings. Around 10,000 troops have been deployed to ensure the security of "sensitive" areas around the country.

“Some of our passengers said they are worried about (Paris) and they called us to ask if they will be affected by the incidents during the tours,” said Buket Kocak, an international tours specialist at Istanbul-based Ani Tour company. "However, we have not canceled our tours for next week."

Belgium also increased its terror threat level to three on Friday, with four being the highest, following an “anti-terror operation” in the eastern town of Verviers Thursday where two suspects were killed and one was arrested. According to officials, the suspects had returned from Syria and planned imminent attacks on police.

"I think it is not the right time to go to European countries," said Kadir Yorganci, a businessman who lives in Istanbul. "My wife and I were planning to buy a tour package that includes visits to Paris, Amsterdam, Brussels and Berlin, but we have changed our mind.”

“There have been some of clients, who say 'If you have tour packages to Spain or Italy, let’s go there' instead of France,” said Tulay Ozkan Uzun, an international tour manager at Istanbul-based tour company Café Tour.

A numbers of travelers, however, have decided not to change their routes and have instead postponed their travel plans.

“Some of our clients, who plan to go to Paris in January, have delayed their tours until March,” Uzun added.

France, which is one of the most visited countries in Europe, hosts 83 million foreign visitors a year, according to the United Nations World Tourism Organization.