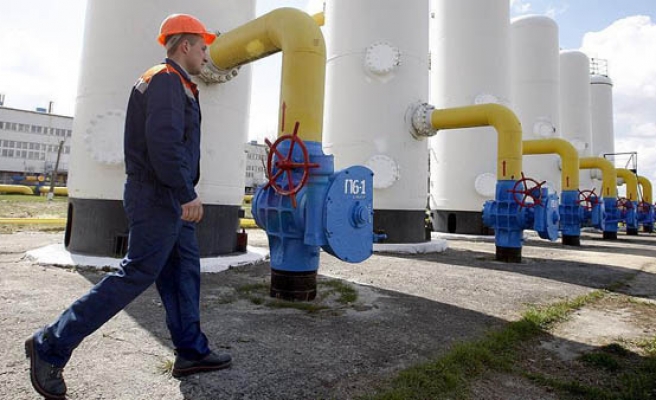 Thirty percent of the offshore construction for the TurkStream natural gas pipeline has been completed, according to South Stream Transport B.V., the project owner of the offshore section late on Wednesday.

The company said that the world’s largest construction vessel, Pioneering Spirit, completed pipe laying of around 555 kilometers (344 miles) for both of the two TurkStream lines.

The vessel, which moves at an average speed of 5 kilometers per day, completed this segment of the project in under seven months.

"In total 555 kilometers of the pipeline were laid down, equally divided over the two lines. Construction of 30 percent of the offshore pipeline section has been realized in less than seven months," the company announced.

When complete, the TurkStream project will consist of two offshore pipelines with a total capacity to transport up to 31.5 billion cubic meters of natural gas per year.

The company announced the Pioneering Spirit will now continue construction of the two pipelines that will be laid all the way close to Turkish landfall near the town of Kiyikoy, located approximately 100km (62 miles) west of Istanbul.