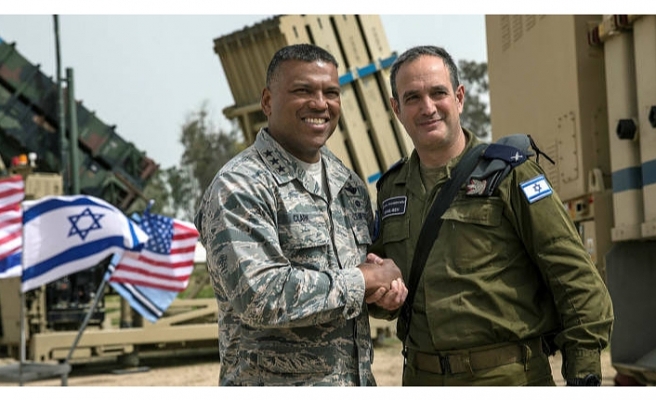 Two police departments in the New England region of the United States canceled their annual visit to Israeli police forces and engagement in training, amid pressure from organizations affiliated with the Boycott, Divestment and Sanctions (BDS) movement.

The Vermont State Police and the Northampton Police Department in Massachusetts both canceled their planned trip to Israel for a training program just days before it was supposed to start.

A number of groups in opposition to the program, including some affiliated with the BDS movement, mounted pressure on the local police forces to back out of the trip over increasing concerns about U.S. law enforcement's treatment of asylum seekers in the country.

A coalition of organizations, including the Vermont National Lawyers Guild, Jewish Voice for Peace (JVP), Vermonters for Justice in Palestine, announced in a press release Thursday that Vermont State Police Director Colonel Birmingham canceled the trip in response to a petition created against it.

The program, called Resilience and Counter-Terrorism, was first created in 2002 and entails a week-long seminar in Israel where local U.S. law enforcement trains with Israeli military, police, and secret service.

It is funded and organized by the Anti-Defamation League (ADL), and the decision marks the first time police departments decided to cancel their trip in the program's nearly 20 years.

Previous participants to the program include the former Deputy Director of U.S. Immigration and Customs Enforcement (ICE), along with other top ranking law enforcement officials, according to JVP.

The ADL told the Haaretz newspaper on Friday that the program did not provide tactical training to U.S. officers, but would train them to "enhance their effectiveness in preventing and responding to extremism and terrorist threats and violence."

Organizers declared the decision a victory against the ADL-funded program, and then sent a letter to the Boston Police Department to follow suit.

"The tactics taught are inhumane and are used in the continued killing and oppression of communities of color across the nation and the globe. Law enforcement and elected officials should understand that we as a community are watching and will hold them accountable for their actions," Mark Hughes, director of the group Justice for All, said on JVP's website.