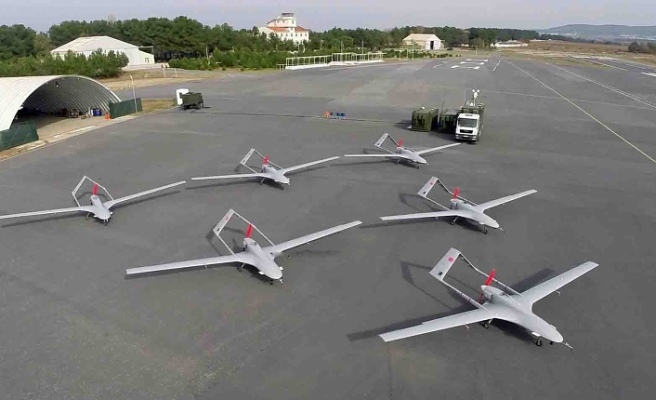 In a Twitter post, Petro Poroshenko said the agreement was signed for the purchase of Bayraktar TB2 armed UAVs for the Ukrainian army.

Poroshenko said the country continued to rearm its army with modern models that meet NATO standards.

According to the information gathered by Anadolu Agency correspondent, Turkish UAV manufacturer Baykar will produce six Bayraktar TB2 and deliver them to Ukraine in a year.

Along with the UAVs, three ground control station systems and equipment will also be delivered.

Bayraktar TB2 has been used by the Turkish Armed Forces and Turkey's Security Directorate since 2015.

The TB2 armed UAV, was developed for tactical reconnaissance and surveillance missions and it can also carry ammo, do assaults, and has laser target acquisition.

The purchase agreement between Ukraine and Turkey is the second export achievement of the TB2.

*Muhammed Ali Gurtas contributed to this story from Ankara.