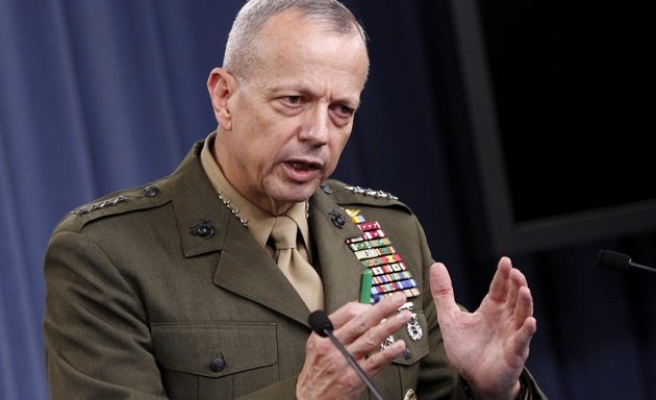 Turkey and the U.S. Wednesday discussed their strategies to deal with the ISIL in Syria.

The group was discussed in a meeting in Ankara between Special Presidential Envoy for the Global Coalition to Counter ISIL John Allen and Turkish Foreign Ministry's Undersecretary Feridun Sinirlioglu.

According to the diplomatic sources, both sides discussed at length the situation in Syria and Iraq.

After his meeting in Turkey, Allen left for a meeting at the NATO Headquarters in Brussels, where he will provide an update on coalition efforts against the terrorist group.

Last month also Allen had paid a visit to Turkey and then met with Turkish Foreign Minister Mevlut Cavusoglu.

In that meeting, Allen told Cavusoglu that every country in the U.S.-led coalition against ISIL would contribute to the military effort differently.

Cavusoglu had reiterated the importance of establishing a no-fly zone over Syria, and a safe haven in Syria near the Turkish border.