US reaffirms support to Turkey in combatting terror 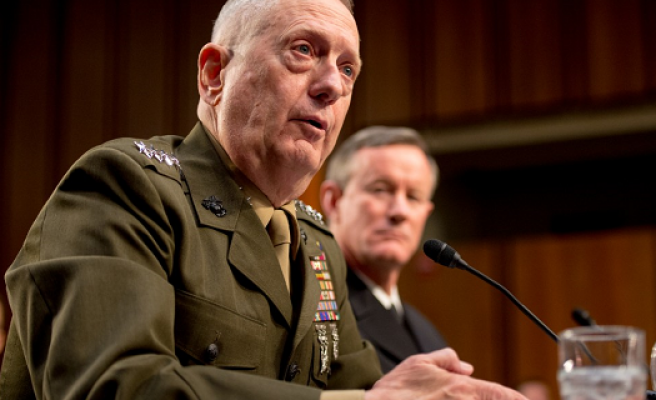 The U.S. Secretary of Defense on Wednesday reaffirmed Washington's support to Turkey in its fight against terrorist threats, including the PKK terrorist organization.

Pentagon chief spokesperson Dana W. White said in a statement that Secretary of Defense Jim Mattis met with his Turkish counterpart, Nurettin Canikli at the NATO meeting of defense ministers in Brussels "to reaffirm the longstanding defense relationship between the United States and its NATO ally, Turkey".

Recalling a previous meeting between the two on Aug. 23 in Turkish capital Ankara, White said "the secretary thanked the minister for Turkey's continued, critical contributions to global security and the fight to defeat ISIL".

"Secretary Mattis acknowledged the threats posed to Turkey, and reiterated that the U.S. will continue to stand with Turkey in its fight against the PKK and all terrorist threats," she said.

Mattis and Canikli also agreed to continue their full range of bilateral defense activities and consultations, and look for ways to further strengthen defense cooperation in the future, according to the statement.

The PKK, listed as a terrorist organization by Turkey, the EU, and US, resumed its decades-long armed campaign in July 2015. Since then, it has been responsible for the deaths of more than 1,200 Turkish security personnel and civilians, including a number of women and children.