US senior envoy discusses fight against terror in Turkey 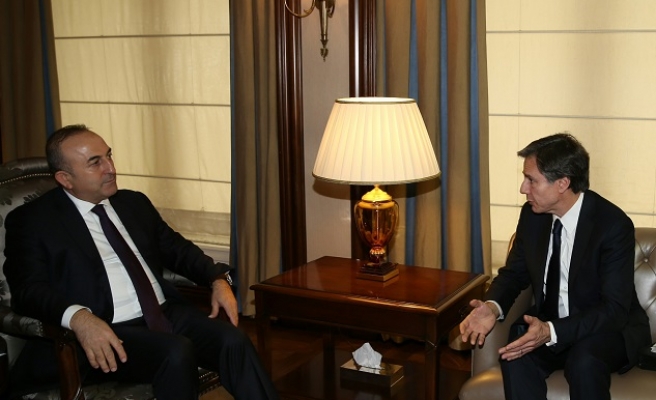 Turkish foreign minister met the U.S. deputy secretary of state in the Turkish capital Ankara Wednesday during which both sides emphasized on enhancing cooperation in the fight against terrorism, diplomatic sources said.

Recent terrorist attacks in Turkey and Belgium also came up during the exchange of views, sources added.

On March 13, a car bomb attack in Ankara left 36 people dead. Previously, the Turkish capital was struck by suicide bomb attacks in February and October, which left over 130 people dead.

Istanbul has also been targeted by two suicide bombings this year, with the last one on March 19, leaving four people dead. Turkish authorities have accused ISIL, the PKK and the PYD terrorist groups for the attacks.

Cavusoglu and Blinken also discussed details about the agreement on refugees between Turkey and the EU.