US swears in new envoy to Turkey

John Bass describes US' relationship with Turkey as 'one of the strongest friendships that we have built around the world.' 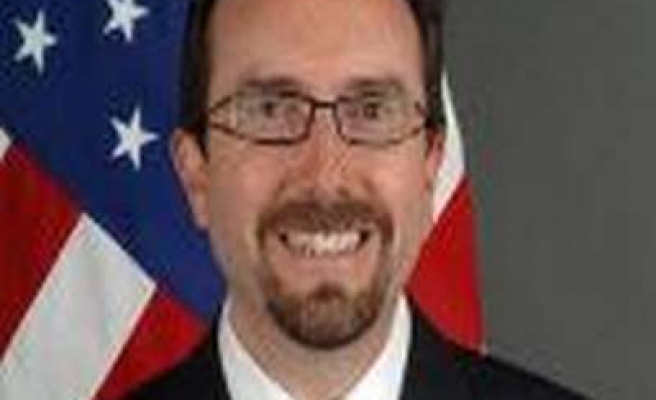 John Bass has been sworn in as ambassador of the United States to Turkey at a ceremony in Washington overseen by U.S. Secretary of State, John Kerry.

The U.S. embassy's counselor for public affairs, Jonathan Henick, used social media on Tuesday to reveal Bass’ description of Washington’s relationship with Turkey as "one of the strongest friendships that we have built around the world."

Speaking at the State Department ceremony, John Kerry said Turkey played a unique and critical role in global security. "U.S.-Turkish relations are based on shared interests and respect," he added.

The U.S. Senate confirmed 50-year-old Bass as ambassador to Ankara on September 17th. He was nominated in June but had his nomination held up by the Senate until after the August recess.

Bass is a Syracuse University graduate and was U.S. ambassador to Georgia from 2009 to 2012. He speaks French and Italian and was head of the Provincial Reconstruction Team in Iraq from 2008 to 2009.