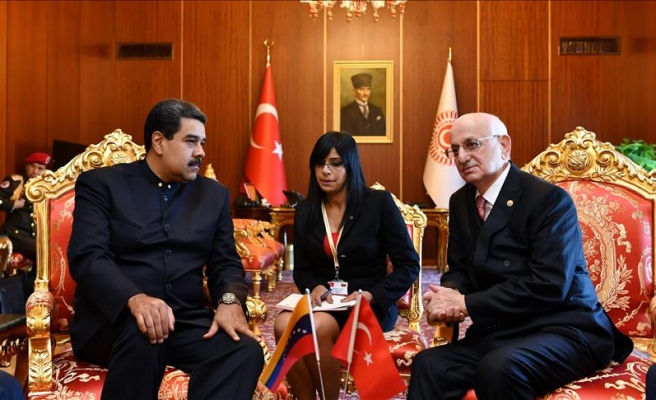 Following the meeting, Kahraman showed Maduro the parts of the parliament that had been bombed during the defeated coup of July 15, 2016.