Vintage public buses to make a comeback for Istanbulites

Public buses of the yesteryear were reproduced for Istanbul's nostalgia lovers and will hit the road again in 2015 as part of a new project. 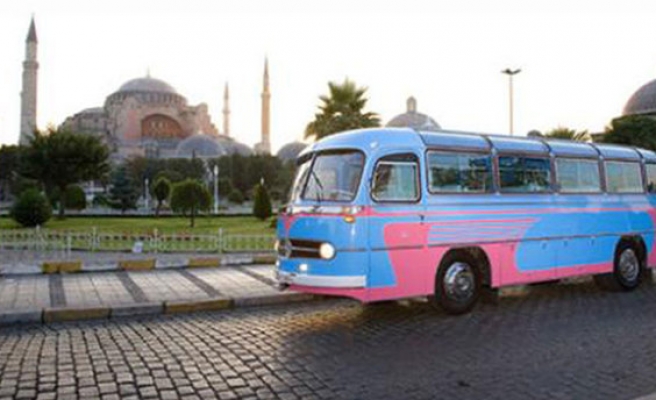 Vintage public buses will make a comeback for Istanbulites as the city's transportation body reproduces decades-old vehicles for public transportation.

Istanbul Electric Tramway and Tunnel Establishments (IETT), city's transportation authority, produced replicas of four different types of buses that had operated between the years of 1927 and 1992.

Kazım Taylan Sever, an IETT official, said it took them eight months to build buses as "faithful replicas" of Renault, Bussing and Leyland buses that were a common sight on the streets decades ago.

The replicas will be first introduced in a transportation trade show in Istanbul on Dec.19-20 and will be included in IETT's fleet in 2015. Thus, Istanbulites will have a chance to relive the daily life of old Istanbul, complete with golden oldies of Turkish music which will be broadcasted in each bus.

The electronic card system for bus passes will apparently be the only novelty of the reproduced ancient buses. Routes of the buses have not been determined yet but Sever said they will allocate the vintage buses to the routes with low number of public buses.

Renault buses were the first buses that went operational in Istanbul in 1927. The history of the use of public buses in Istanbul begins with four buses purchased from France. Until then, public transportation in the city had been provided only by trams. They were decommissioned in 1942 with the introduction of new buses. Those first buses had a capacity of 28 passengers with standing room for six passengers, unlike their modern counterparts.

IETT turned to Germany for the next lineup of its fleet by acquiring 100 Büssing buses in 1951 and 1952. These larger buses were followed by Leyland buses purchases from Britain in 1968. Leyland buses proved more durable and were used until 1992.