'You were Charlie, you were Paris. Will you be Ankara?'

A social media user asks 'You were Charlie, you were Paris. Will you be Ankara?' following the attack attack that killed 37 people in Turkish capital 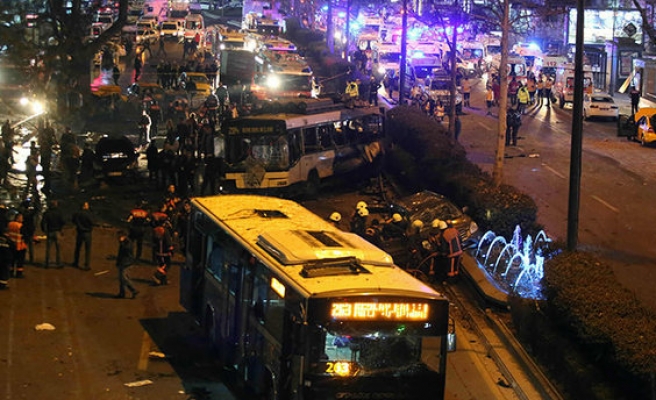 A man has shared a Facebook post calling for empathy with the victims of a suicide bomb attack in the Turkish capital of Ankara that killed at least 37 people and wounded 125.

James Taylor, who lives in Ankara, encouraged readers to imagine the attacks happened where they live.

"[It] is the equivalent of a bomb going off outside Debenhams on the Drapery in Northampton, or on New street in Birmingham, or Piccadilly Circus in London," he wrote.

Taylor's post has recieved over 50,000 likes and 45,000 shares on Facebook, and has drawn a huge amount of gratitude among Turkish users.

"Contrary to what many people think, Turkey is not the Middle East," Taylor added.

"Ankara is not a war zone, it is a normal modern bustling city, just like any other European capital, and Kizilay is the absolute heart, the centre."

"It is very easy to look at terror attacks that happen in London, in New York, in Paris and feel pain and sadness for those victims, so why is it not the same for Ankara?

"Is it because you just don't realise that Ankara is no different from any of these cities?"

It is the third explosion in the Turkish capital since October 2015.

Taylor concludes: "You were Charlie, you were Paris. Will you be Ankara?"