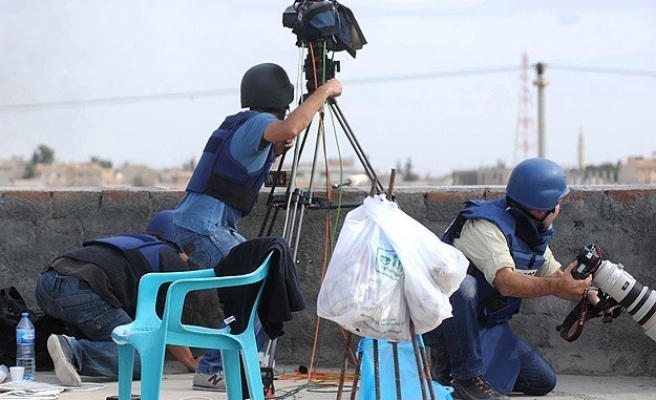 At least 128 journalists were killed around the world so far in 2014, according to the Press Emblem Campaign annual report.

Gaza led the list with 16 journalists killed during the Israeli attack on the Strip last summer, followed by Syria with 13 deaths and Pakistan with 12 casualties.

Iraq came in fourth place with 10 journalists killed, many of whom lost their lives following a surge of attacks by ISIL.

Ukraine came in fifth place, with nine journalists killed, including four Russians, according to the report.

Turkey was also on the list with two journalist casualties.

The Middle East was the most violent in 2014, with 46 journalists killed, followed by Asia with 31, Latin America with 27, Sub-Saharan Africa with 14 and Europe with 10.

Over the past five years, 614 journalists were killed, which is an average of 123 annually, or 2.4 per week, the report said.

The most dangerous five countries in the past five years were Syria, Pakistan, Mexico, Iraq and Somalia.

Lempen also said the lesser coverage of conflicts is detrimental to finding solutions and to financing humanitarian aid.