One person rescued from aircraft crash in Karaj, some 40 km west of capital Tehran 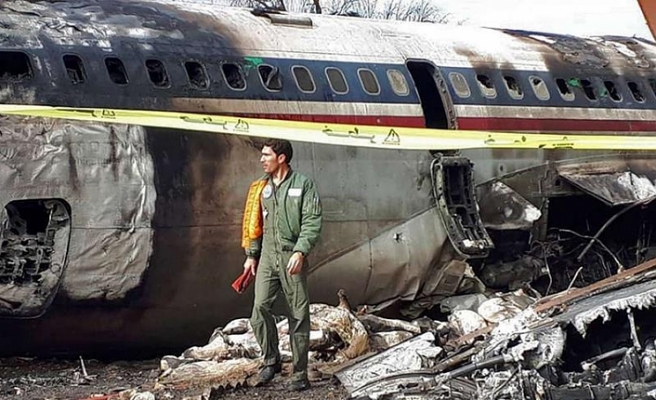 At least 16 people were killed when a Boeing 707 cargo plane operated by Kyrgyzstan Airlines crashed while landing in Iran on Monday, according to state television.

The plane crashed while making an emergency landing at Fath Airport, located in Karaj in the Alborz province 40 kilometers (around 25 miles) west of the capital Tehran, the Mehr News Agency reported.

While 16 people on board lost their lives, one person was rescued, Mehr said.

Iranian authorities have yet to issue an official statement on the crash.