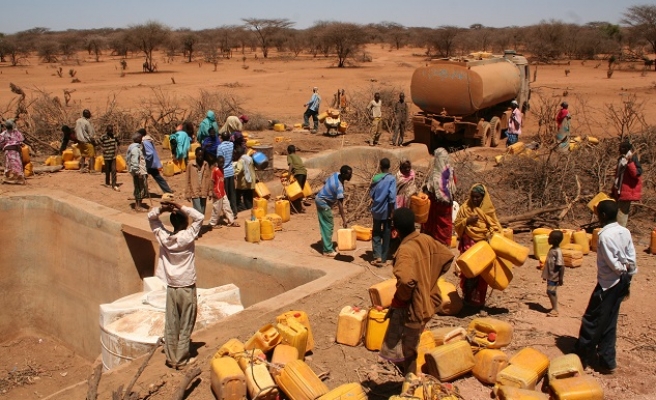 The UN faces a $2.1 billion shortfall in providing universal access to water, sanitation and hygiene, an official said Tuesday.

Ted Chaiban, director of programs for UNICEF, said the annual shortfall threatened the Sanitation and Water for All partnership that is one of the UN’s Sustainable Development Goals up to 2030.

“The financing gap is about $2.1billion annually,” he told Anadolu Agency in Addis Ababa, where a high-level meeting of governments, development agencies, companies and NGOs are gathering to agree on a way to meet targets.

He added: “A big part of this conference is to look at ways of blending domestic and international financing. It seeks to bring together private-public partnerships in a way that can advance the goals of access to water, sanitation and hygiene.”

According to estimates, 32 percent of the world’s population - 2.4 billion people - lack adequate sanitation and 663 million still do not have access to clean drinking water.

Diseases caused by a lack of clean water and sanitation kill 800 children aged under five every day.

“We are now looking at the issues of sustainability and quality and the realization that increasingly populations are living in urban settings,” Chaiban said. “We now need to work to increase access to water in a sustainable manner in cities around the world.”

Speaking at the opening of the summit, former Australian Prime Minister Kevin Ruud, who chairs the partnership, said every dollar invested in water and sanitation yielded around $4 worth of social and economic benefits.

“Safe, sustainable water and equitable, adequate sanitation and hygiene underpin all the progress we hope to make - and have to make - for children in the next 15 years,” UNICEF Executive Director Anthony Lake said.