The 27 senior members slammed the decision as "unfair and invalid." 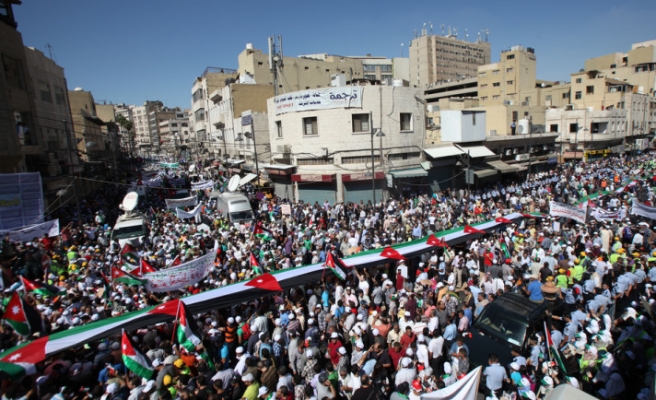 World Bulletin / News Desk
Twenty-seven leaders of Jordan's Muslim Brotherhood have expressed their rejection of a decision by the Islamic group's leadership to sack several members, including its former top leader, over accusations of violating the group's bylaws.

In a joint statement, the 27 senior members slammed the decision as "unfair and invalid."

"The decision is not legitimate, violates the group's bylaw…and lacks the basic rules of justice," the leaders said, calling on the group's leadership to reverse the order.

Earlier this week, the Brotherhood said it had sacked six senior leaders, including Abdel-Maguid Zunaibat who had led the group between 1994 and 2006.

The decision, it said, came after the six members had collected signatures and met with officials to obtain licenses from Jordanian authorities in the name of the Muslim Brotherhood. The statement did not, however, clarify the nature of the said licenses.

Rifts have started to emerge within Jordan's Muslim Brotherhood since 2013 soon after some senior members partnered in an initiative with other Jordanian political forces without taking permission from the Brotherhood leadership.

Called "Zamzam," the initiative reportedly aims to reach consensus on a national strategy for political and social development based on a moderate Islamic vision.