7th round of Syria talks in Astana to begin on Monday 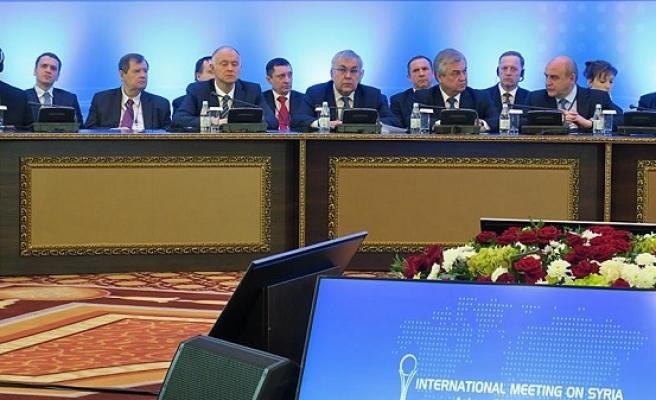 The seventh round of peace talks aimed at ending the Syria conflict will begin on Monday in Kazakhstan’s capital Astana.

The talks, which will focus on strengthening the cease-fire that came into effect on Dec. 30, have been brokered by Turkey, which backs the opposition, and Russia and Iran, who support Bashar al-Assad’s regime.

The two-day meeting would also address the release of captives and hostages, and humanitarian action on mines, Kazakh Foreign Minister Kairat Abdrakhmanov said on Oct. 6.

Representatives of the Syrian regime, armed opposition groups, as well as delegations from the UN, Jordan and the U.S. will attend the talks, he confirmed.