A rare picture of Malcolm X... 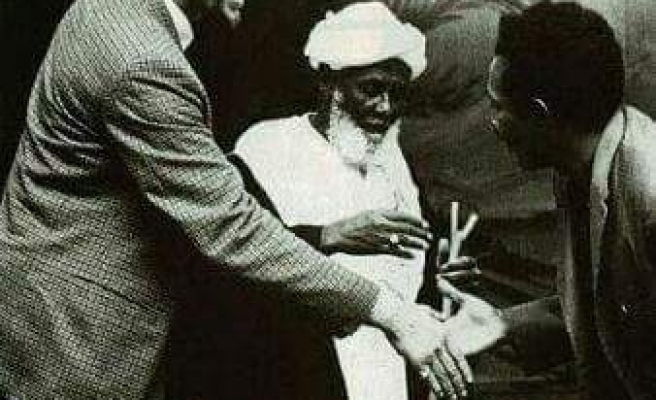 A rare picture of Malcolm X, a significant American Muslim minister and a human rights activist, with his Shaykh. Shaykh Ahmed Hassoun, a Sudanese Muslim scholar from Mecca was sent back to Harlem with Malcolm after he converted to Orthodox Islam while on Hajj.

It was done in this manner because Malcolm was so busy in the civil rights movement that he didn't have time to sit with a teacher to learn the fundamentals, so Saudi Arabia sent a teacher to be his travel companion.

Shaykh Hassoun was with him for the last year of his life, and after his assassination, performed the ritual washing of his body in accordance with Islamic Law. However, growing weary with the constant death threats to himself and Malcolm's family, he returned to Mecca immediately after the funeral.