Increase in Amazon share price sends CEO’s worth up $2.4 billion in one day 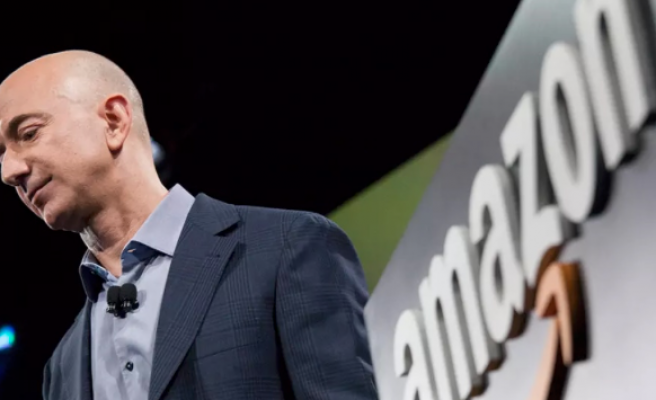 Bezos’ net worth mounted to $100.3 billion after his fortune grew $2.4 billion over the day. He became the first person worth more than $100 billion since Microsoft co-founder Bill Gates in 1999.

While Gates was the richest person in the world for many years, Bezos took over the top spot last month. Due mostly to his charitable giving, Gates is now worth about $87 billion. Investor Warren Buffett is the world’s third richest man with a fortune of approximately $79 billion. Bezos is the only person in the world with a 12-figure fortune.

Shares of Amazon closed up 2.58 percent Friday at $1,186. Bezos is the largest shareholder in the company, which he founded in 1994.

Amazon stock was boosted by reports this week that Black Friday, the unofficial shopping holiday that follows Thanksgiving in the United States, would be very profitable this year.

A report from Adobe Analytics on Thursday found that U.S. online sales on Thanksgiving hit a record $2.87 billion, up 18.3 percent from 2016. Thanksgiving e-commerce sales were even better than Adobe’s prediction of $2.79 billion.

The enthusiasm for online sales appears to have continued to Black Friday, with Adobe noting that there was $640 million in sales by 1500 GMT. That figure is up 18.4 percent from last year.

Bezos has only recently expressed an interest in figuring out what to do with his bountiful riches. In June, he said on Twitter he was seeking ideas about how to spend his money on philanthropic causes.