Argentina asks US to raise 1994 Bombing with Iran

Argentina’ s foreign minister asked U.S. Secretary of State John Kerry to include the 1994 bombing attack on the AMIA Jewish center in the negotiations with Iran. 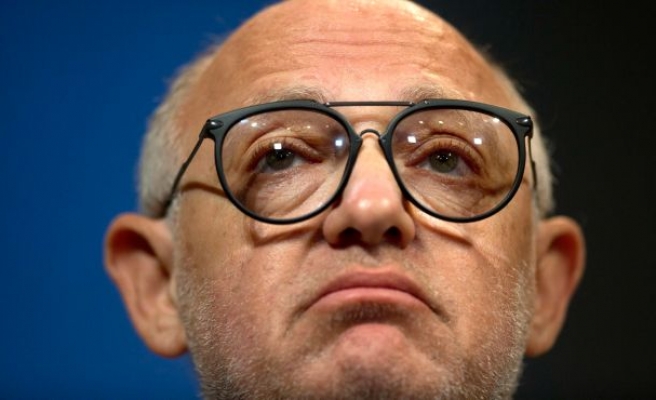 Argentina wants the United States to help it get to the bottom of a deadly 1994 bombing at the heart of a current political scandal by including the crime in the U.S. nuclear talks with Iran, its foreign minister said on Tuesday.

Argentine courts have accused a group of Iranians of planning the attack on the AMIA Jewish community center that killed 85 people.

The unresolved crime was the backdrop for the Jan. 18 death of the prosecutor who headed the AMIA investigation, a mystery that has damaged confidence in Argentina's justice system and thrown the government into turmoil.

Foreign Minister Hector Timerman released a letter to his U.S. counterpart John Kerry in which he said Argentina had made the request before.

"I am asking you again that the AMIA issue be included in the negotiations with the Islamic Republic of Iran," it said.

Days before being found shot dead, Alberto Nisman had accused President Cristina Fernandez of conspiring with Iran to whitewash the crime in order to clinch a grains-for-oil deal.

The death shocked Argentina as election season approaches and the economy teeters on the brink of recession. Pressure is mounting on Fernandez to find a way out of the scandal in time to help allied candidates in the October general election.

The United States and its partners in the nuclear negotiations with Iran have sought to keep talks strictly focused on concerns over Iran's atomic program. In Washington, U.S. State Department spokeswoman Jen Psaki said she was not aware of any plans to raise the AMIA issue in the negotiations.

The Iranian suspects, facing Interpol arrest warrants, deny any involvement in the bombing.

Fernandez, who called Nisman's accusation of an attempted cover-up "absurd", is constitutionally barred from running in October for a third consecutive term.

Some of Nisman's former colleagues in the state prosecutor's office, who have frequently locked horns with the government, are organizing a silent march through Buenos Aires on Wednesday in his honor.

Government officials have called the march a stunt by the opposition aimed at driving Fernandez from office.

Timerman in his letter to Kerry and another to the Israeli foreign minister said Argentina was "greatly concerned" about other, unnamed countries using Argentina as a theater for their own conflicts.

An Argentine government official last month told Reuters on condition of anonymity that the government believes that Nisman was influenced by U.S. and Israeli intelligence agencies during his investigation.

The State Department's Psaki said the United States and "the international community" had helped Argentina with the investigation into the AMIA bombing.

"The special prosecutor's death must not stop the pursuit of those responsible for this brutal terrorist attack," she said.

"We have contributed information where we can, in the past, and that will continue," she said.