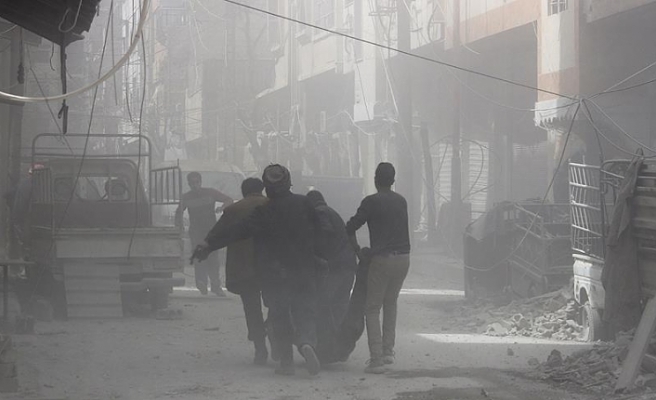 Around 7,000 civilians were killed in attacks across war-torn Syria in 2018, according to a human rights group on Wednesday.

In a statement, the Syrian Network for Human Rights (SNHR) said the victims included 1,436 children and 1,361 women.

The NGO said regime forces were responsible for the killing of 4,162 civilians, including 713 children and 799 women last year.

Russian forces, which provide air support to the Bashar al-Assad regime, was blamed for the death of 467 civilians, including 169 children and 118 women, it added.

A total of 417 civilians were killed in U.S.-led coalition airstrikes last year, including 175 children and 118 women, the NGO said.

According to the SNHR statement, 446 civilians were killed by the Deash terrorist group last year, and 285 others by YPG/PKK terrorists.

The NGO said armed opposition groups were responsible for the death of 80 civilians, while 1,107 people were killed in attacks by unidentified parties.

The SNHR said 976 people were tortured to death in Syria last year, for which the Assad regime was responsible for killing 951 of them.

Ten people were also tortured to death by YPG/PKK terrorists, the NGO said.