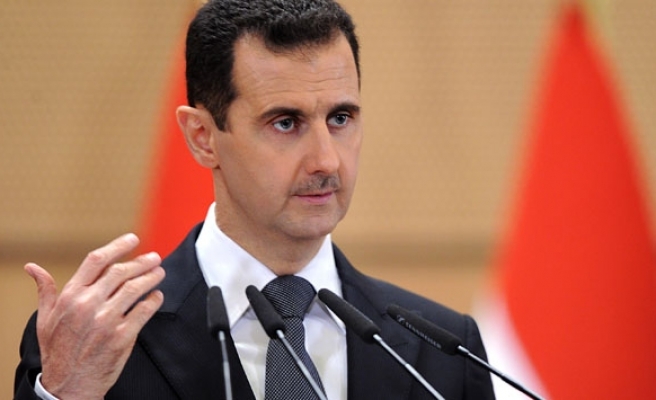 President Bashar al-Assad has expressed Syria's solidarity with Russia's efforts to restore security and stability to Ukraine, according to the official Syrian news agency SANA.

Assad, in a letter, expressed Syria's solidarity with Russia in its efforts and also praised President Putin's wise policy and commitment to international legitimacy and the legal rules that govern relations among countries.

In the letter, Assad stresses that "President Putin's policy which is based on the international legitimacy and the objectives of the UN remain the guarantee for all world peoples to create a balanced and transparent world based on respecting the sovereignty of countries and the right of peoples to decide their destiny."

In the letter President Putin's approach was praised and it was claimed that his efforts favor peace and Russia seeks to establish a global system that supports stability and combats extremism and terrorism.

Assad expressed confidence in President Putin's capability to contribute to restoring legitimacy and calm to Ukraine and to help the Ukrainian people end extremism and terrorism in their country.

Vladimir Putin has been Assad's main political supporter in the three-year civil war between Syrian regime forces and a popular anti-regime uprising, which has claimed the lives of around 140,000 people.