Mostly, Muslim countries everywhere are the main losers of the shift in tastes, sector professionals say, as tourists move to destinations they consider 'safe' 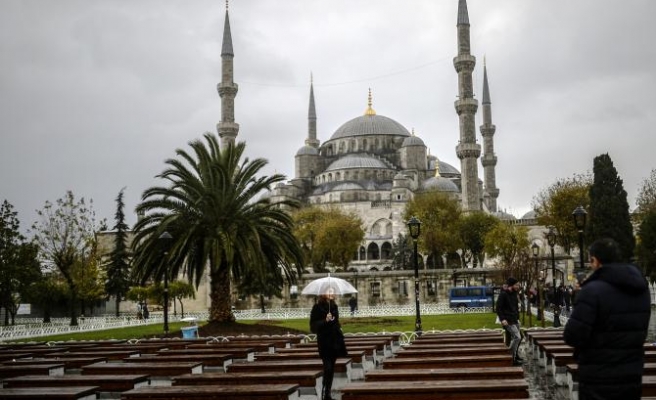 The world's tourism map is being redrawn at lightning speed as holidaymakers switch preferences prompted by terror attacks, epidemics and migrant crises.

Extremist attacks on tourists in Tunisia last year and the October 31 crash of a Russian plane which took off from its Egyptian Red Sea resort of Sharm el-Sheikh have devastated the tourism sectors in both countries.

But Muslim countries everywhere are the main losers of the shift in tastes, sector professionals say, as tourists move to destinations they consider safe -- so long as they're also sunny.

Overall, world tourism has never been in better shape. Nearly 1.2 billion people travelled abroad in 2015, an increase of 4.4 percent over the previous year, but the casual observer could be fooled by the sight of deserted North African beaches, once tourist hotspots.

Tunisia, which built its tourism industry on guaranteed sunshine and rock-bottom prices, is the most stunning example of the devastating impact of security fears after murderous attacks targeted foreigners.

Visitor numbers to Tunisia tumbled by two million in 2015, leaving coast resorts empty, hotels idle and the economy in tatters.

Turkey is another victim of attack fears. Germany's TUI, the world's biggest tourism group, said Tuesday that it had seen bookings to Turkey drop by 40 percent in the wake of an ISIL suicide attack in Istanbul.

Turkish media, meanwhile, reported that visitor numbers to the top Turkish resort of Antalya dropped by 17 percent last month, the lowest level for the month of January in a decade.

Some destinations are collateral damage from attack fears, as tourists appear to make little distinction between countries within the Middle East or North Africa, as Jordan has found to its cost.

"There was no attack, but we were affected tremendously by a drop of visitors coming from Europe," Jordan's tourism minister Nayef al-Fayez said recently.

"All Muslim countries are suffering to a greater or lesser degree, even those which have been made totally secure, like Oman," said Jean-Francois Rial, chairman of French travel operator Voyageurs du Monde.

"The only exception is Iran, but they've started from scratch," he said, noting that many European agencies have begun offering travel to Iran since Western powers have started dismantling sanctions.

"There is no doubt that the whole Middle East region is today associated with insecurity in the mind of the Western tourist," said Wouter Geerts, analyst at the Euromonitor research company.

"We expect countries such as Greece, Portugal and Spain to largely benefit from the situation, offering similar weather, competitive prices, and security," he said.

The sudden surge in demand is leading to higher prices in these destinations.

"Hotel owners tell clients 'Instead of charging 50 euros per double room, I'm going to charge 55, take it or leave it. If you don't want it, others will'," said Olivier Petit, at the In Extenso firm.

Cuba, which already got a boost from the thawing of relations with the United States in late 2014, is now also battling with bottlenecks, with daily arrivals of huge cruise ships in the Havana bay.

"I have a group of 250 people arriving this week and I've just heard that I can no longer count on 80 rooms that were booked and paid for in March, all because of over-booking," said Stephane Ferrux, director of French specialist travel agency "Cuba autrement" ("Cuba with a difference").

Tourism numbers in Cuba rose by 17 percent in 2015, "but the country is not ready, they don't have the quality to justify prices that have gone up by half in a year. Everybody wants a piece of the cake," he said.

Haiti's unspoilt beaches are also becoming a magnet for tourists, six years after the country was devastated by an earthquake.

Battalions of tourists have been going to Colombia, Peru, Mexico and Argentina, but Latin American destinations could soon be affected by the spreading Zika crisis, experts say, pointing to the impact on sub-Saharan Africa of Ebola, of Chikungunya in the Carribbean and MERS Coronavirus, or Camel flu, in South Korea.

The migrant crisis has also taken a heavy toll on Greek islands, once a very safe bet for operators, but where masses of refugees have landed, scaring tourists.

"The Greek islands, especially tourism in Kos, have been severely damaged, as holidaymakers feel uneasy about the situation," according to Euromonitor, pointing to data saying that there were 178,000 cancellations of Kos bookings between January and August 2015.