Baghdad and Iraqi Kurdish regional authorities are making progress to rescue a deal over crude oil exports, after it nearly unravelled due to Kurdish threats to halt shipments in protest over lack of payment. 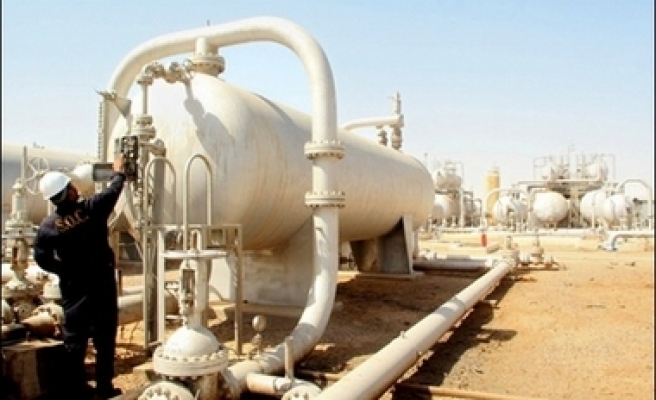 Iraq's oil minister Adel Abdel Mehdi said on Sunday both sides would gain from preserving the December accord, under which the Kurds ship oil from their own territory and the Kirkuk oilfield under Baghdad's control, in return for payments from the national government.

But Baghdad paid only a fraction of the agreed cash to the Iraq Kurdish authorities, arguing that the oil shipped did not nearly match the expected volumes.

"Everyone achieves substantial benefits from the deal. Today, thanks to the use of the region's pipelines, we are able to resume exports from Kirkuk oilfields which were threatened by deterioration due to the halt of production."

Under the deal, the Kurdish Regional Government (KRG) agreed to export via Turkey 550,000 barrels per day from its own fields and from Kirkuk, through Iraq's state marketing authority SOMO.

In return, Baghdad pledged to reinstate budget payments to the Iraqi Kurds, which it had cut early in 2014 as punishment for the region's moves to export oil independently.

Abdel Mehdi said SOMO was only receiving 300,000 barrels per day at the Turkish terminal of Ceyhan, barely half the agreed volume, but that the amount would increase.

"By the end of the year we will reach an average of 550,000 barrels per day," he said. "There are obstacles, there are problems. All these issues cannot be resolved in one go, but in stages. And we are making progress."

The December agreement was hailed as a breakthrough in helping Iraq increase oil exports at a time when revenues are strained by low global prices and the cost of financing a war against ISIL militants in the north and west.

Abdel Mehdi said oil prices were rebounding gradually and he expected to see a barrel of crude sell for $64 to $65, up from a low of $45 in January but still sharply down from highs of $115 last June.

The low oil prices have led to delay in payments of international oil companies, with accumulated dues since 2013 reaching more than $20 billion, the minister said.

He said the state budget had allocated 14 trillion dinars ($11.8 billion) partly to cover those payments, and the ministry was working on a $12 billion treasury bond to cover the remainder.

"If we do not provide these payments we might face penalties or a production cut will occur," he said.

Abdel Mehdi said the ministry was reviewing service contracts with the oil companies, citing "some shortfalls and some obstacles" in the deals, but gave no details.

He said the review was taking place in agreement with the oil firms, but dismissed reports that Iraq would move to production sharing deals. "We are still in the pattern of service contracts and we have not entered in production sharing contracts. This issue is premature," he said.