As over 100 opposition candidates pull out of polls in middle of election day, ruling party expects landslide victory 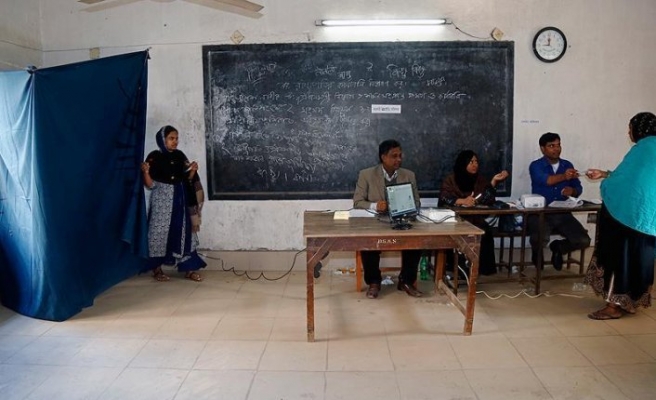 In a statement hours after the polls closed, Kamal Hossain, head of the opposition National Alliance (Jatiyo Oikyafront), told reporters the election was a “mockery” and demanded the commission cancel it.

Hossain said their candidates in 100 out of 298 constituencies across the country pulled out the election, citing various irregularities, including vote-rigging and capturing of polling stations by ruling Awami League party members and supporters.

Over 50 candidates of the main opposition Bangladesh Nationalist Party, all 25 candidates of its ally Jamaat-e-Islami party, and some other independent candidates were among those who boycotted the election, citing mass vote-stuffing and a “controlled election” allegedly by the government.

Some other small opposition parties, including the Islami Andolan Bangladesh and left-leaning Ganosamhati Andolon, also boycotted the election in the middle of the day-long voting.

Voting officially ended at 4 p.m. local time (1000GMT), amid deadly clashes across the country which left at least 17 dead and more than 60 injured.

The election commission and ruling party rejected the vote-rigging and election violence reports, saying the elections were mostly peaceful, fair, and non-violent nationwide.

According to unofficial initial results, the ruling Awami League-led alliance will clinch a landslide victory, winning over 90 percent of the 300-seat parliament.