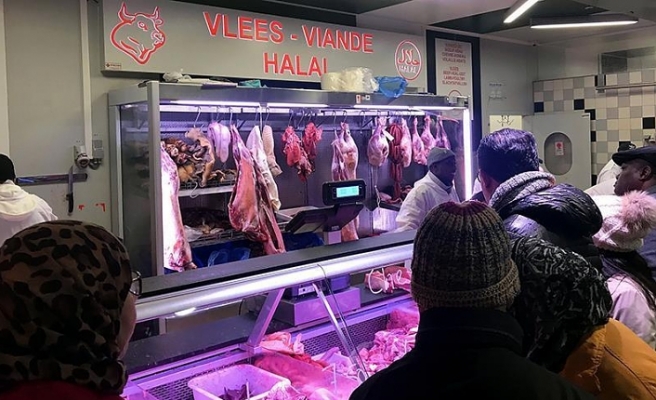 A new Belgian ban on the slaughter of un-stunned animals in the country’s Walloon and Flemish regions is getting a frosty reception from Muslims and Jews alike, who call it a disrespectful curb on religious freedom.

Belgium “disappointed everybody when they approved the ban,” Mehmet Ustun, head of the Belgian Muslim Executive Body (EMB), told Anadolu Agency on Tuesday.

“The ban will have certain effects. For example, we [Muslims] will have difficulty during sacrificial rituals [of livestock].”

Ustun added: “We're hopeful that this legislation will be rejected and Muslims will [be able to] slaughter their livestock according to their rituals.”

Shimon Lasker, a Brussels rabbi, said that the ban is being seen as a restriction on religious freedom, adding: “Jewish people believe it’s becoming harder for them to live in Europe.”

Under both Islamic halal rules and Jewish kosher rules, livestock should be healthy and conscious before slaughter.

The ban was approved by the Walloon parliament in May and is set to come into force on Sept. 1.

Similar laws have been passed in Switzerland and Denmark but lifted in Poland and Greece.

Together Muslims and Jews make up some 6 percent of Belgium’s population.