Next chancellor apparent among German leaders calling on UK to change its mind on Brexit, saying it is not too late 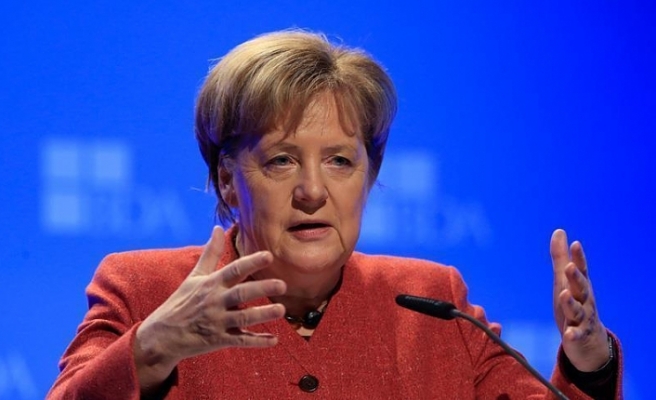 German leaders -- including the next chancellor apparent -- are urging the U.K. to cancel Brexit and instead remain in the EU, arguing that it is not too late for Britain to change its mind.

In an impassioned letter published in The Times of London on Friday, influential figures, including Annegret Kramp-Karrenbauer, the successor to Chancellor Angela Merkel, reminded the U.K. of the special bond shared by the two nations and that it was Britain that played a major role in rebuilding Germany after World War II.

“Without your great nation, this continent would not be what it is today: a community defined by freedom and prosperity,” the letter began.

“After the horrors of the Second World War, Britain did not give up on us. It has welcomed Germany back as a sovereign nation and a European power. This we, as Germans, have not forgotten and we are grateful,” it added.

Kramp-Karrenbauer, the new head of Merkel’s Christian Democratic Union, is the most senior German politician to have openly appealed to the U.K. to abandon Brexit, joining two dozen influential figures from politics, business, and the arts to announce a cross-party campaign to persuade Britain to stay put.

The letter argued it is not late for the U.K. to reverse the chaos and anarchy that has dominated British politics in the two-and-half years since the 2016 Brexit referendum.

“Britons should equally know that we believe that no choice is irreversible. Our door will always remain open: Europe is home,” the leaders said.

“We would miss tea with milk and driving on the left-hand side of the road. And we would miss seeing the panto at Christmas,” the letter said affectionately, “But more than anything else, we would miss the British people -- our friends across the Channel.”

“We would miss Britain as part of the European Union, especially in these troubled times. Therefore Britons should know: from the bottom of our hearts, we want them to stay.”

Kramp-Karrenbauer also warned that a no-deal departure from the EU is the “worst of all solutions” for London should they fail to put forward a constructive proposal to the crisis.

On Thursday, German Justice Minister Kararina Barley said a second referendum was a logical solution to break the Brexit impasse, arguing that it has grown more probable since Prime Minister Theresa May’s deal was rejected.

After a historic defeat Tuesday when parliament overwhelming voted down her Brexit deal, May will present her Plan B on Jan. 29 ahead of a new vote.

According to a new poll, 56 percent of the British electorate said they would vote to remain in the EU, giving Remain a 12-point lead, the largest since the 2016 referendum.