Brexit: Parliament to vote on Plan B at end of month 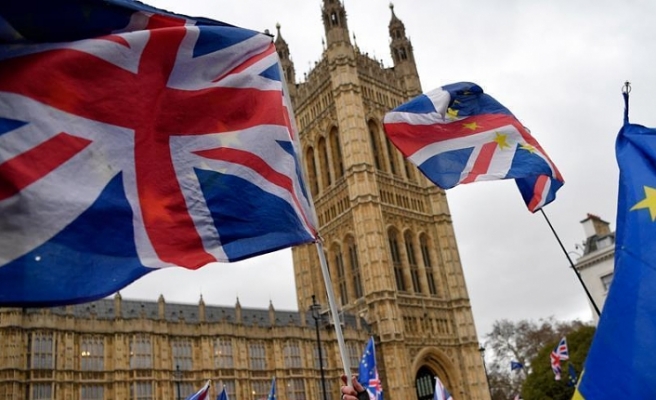 British lawmakers will vote on the government’s Brexit Plan B on Jan. 29, Andrea Leadsom, the leader of the Commons, said Thursday.

Prime Minister Theresa May will make a statement on her new strategy for Brexit on Monday after her plan was largely rejected by MPs earlier this week.

May will submit a motion aiming for progress in the Brexit process and a debate will be held at the House of Commons on Jan. 29 before a vote, Leadsome said.

May said late Wednesday that she has started constructive meetings with the representatives of opposition parties to find a way forward on Brexit.

In a statement outside 10 Downing Street, May said she had met with the leader of the Liberal Democrats and Westminster leaders of the Scottish National Party (SNP) and Wales’ Plaid Cymru party and she will continue such meetings with groups of MPs representing the widest possible range of views from parliament, including MPs of her confidence and supply partners, the Democratic Unionist Party (DUP).

“This evening, the government has won the confidence of parliament,” May said, referring to its surviving a confidence vote.

“This now gives us all the opportunity to focus on finding a way forward on Brexit.”

Late Wednesday, after Tuesday’s humiliating defeat in a vote on the EU withdrawal agreement, May’s government survived a motion of no confidence with the backing of 326 MPs.

May said following the vote that she wanted to start talks with the leaders of the opposition parties about a way forward on Brexit.

Labour leader Corbyn said he had no intention of starting talks with May unless she ruled out a no-deal Brexit.

The motion of no confidence was called by Corbyn in the wake of Tuesday’s historic 432-202 defeat.