Chavez to have third chemo session in Venezuela

In an apparent return to his governing style before he fell ill, Chavez has raised his pace at work this week, hosting several meetings on state TV to launch government projects. 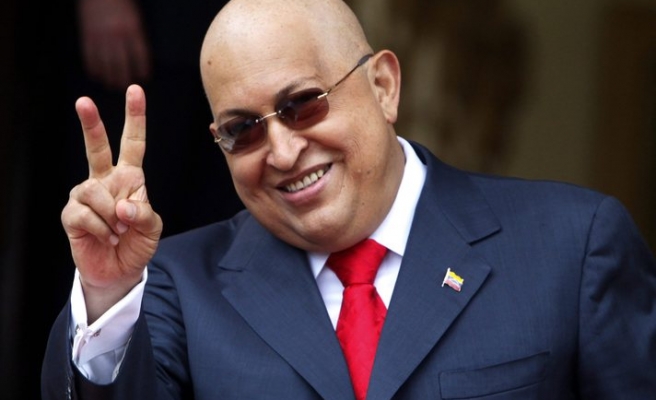 President Hugo Chavez will undergo a third round of chemotherapy for cancer at home in Venezuela beginning on Sunday, he said, instead of traveling to Cuba where he had two previous rounds of treatment.

The 57-year-old gave few details during a TV appearance on Saturday, but the choice to have his next session at home could indicate he is more optimistic about the pace of his recovery ahead of a bid for a new six-year term at an election in 2012.

The socialist leader underwent surgery in Havana in June to remove a baseball-sized tumor, then returned to the communist-led island twice for chemotherapy as the guest of his friend and mentor, former Cuban leader Fidel Castro.

In an apparent return to his governing style before he fell ill, Chavez has raised his pace at work this week, hosting several meetings on state TV to launch government projects.

"We have decided, because we have created all the conditions ... to do this third cycle here in Venezuela," said Chavez, shaven-headed and wearing a military uniform while leading a televised cabinet meeting for more than three hours.

Chavez, who has not specified what type of cancer he has, repeated that all his recent tests have been positive and his doctors have found no malignant cells in his body. He has said he could require radiotherapy after the chemotherapy.

Venezuela's fractious opposition coalition, which is due to hold primary elections in February to pick a single candidate to face him, sees next year's election as the best chance to unseat the former soldier and end his 12 years in power.