The report also accused Israel and the militant group Hamas of committing abuses during their conflict in Gaza last summer. 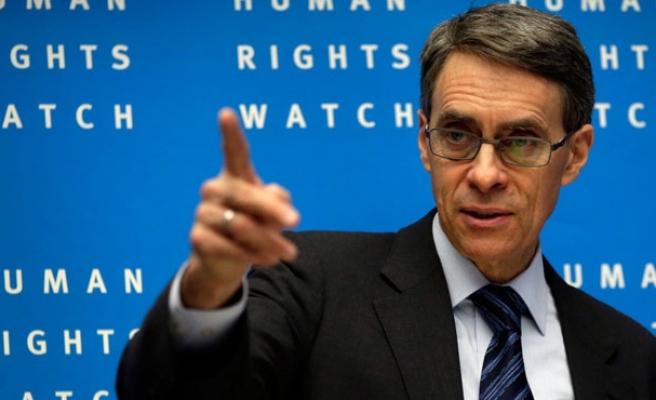 The governments of Egypt, Syria and Iraq used real and perceived security threats in 2014 as an excuse to downplay or abandon the rights of their citizens, which ultimately fuelled crises, Human Rights Watch (HRW) said on Thursday.

In its annual review of global human rights, the group said security forces across the globe are ignoring rights in dealing with threats, such as China's crackdown on Uighurs in Xinjiang, Mexico's war on drugs and Nigeria's fight against Boko Haram.

Kenneth Roth, executive director of the New York-based group, told Reuters "there has been a tendency, particularly in the Middle East, to play shortsighted security concerns over principled support for human rights."

"Not only is that an unprincipled approach. It's actually counterproductive," he said in Beirut ahead of the release of the 656-page report.

The rise ISIS, an offshoot of al Qaeda, was in part a product of oppression by the governments in Syria and Iraq and also exploited by those administrations to justify further abuses, the report said.

In Iraq, Shi'ite militia have isolated the Sunni community with atrocities, Roth said.

The report said the United States and its allies have allowed their military action against ISIS to overshadow efforts to push Damascus to end its abuses.

The report said in Egypt the "brutal reign of the general-turned-president, Abdel Fattah al-Sisi," has led to "unprecedented repression".

In Africa, the Nigerian army has responded in an abusive manner in its battle against Boko Haram, it said.

Kenya has also experienced a major increase in extremist attacks on civilians at least partly fuelled by an abusive security force response, the report said. Kenya's response has been riddled with abuses, it said, including arbitrary detention of several thousand people and use of excessive force, after a spate of bombing in Nairobi.

The report also accused Israel and the militant group Hamas of committing abuses during their conflict in Gaza last summer.

And in Washington, it said "while President Barack Obama has rejected torture by forces under his command, he has refused to investigate, let alone prosecute, those who ordered the torture" which was detailed in U.S. Senate report on CIA torture.

"That abdication of his legal duty makes it more likely that future presidents will treat torture as a policy option instead of a crime," it said.