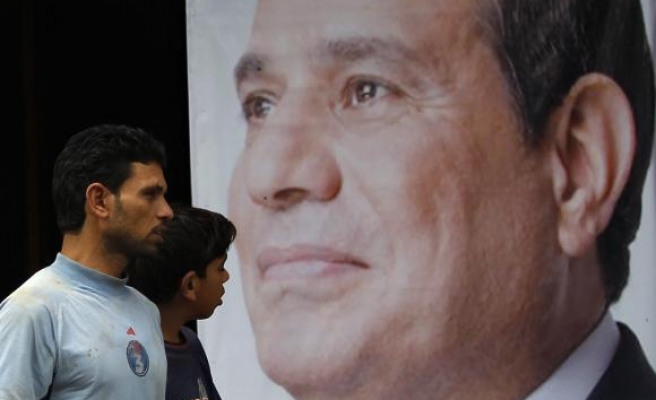 Former Egyptian army chief Abdel Fattah al-Sisi, who is expected to win a presidential election this month, said in a television interview broadcast on Tuesday that costly energy subsidies could not be lifted quickly.

"The subsidies can't be removed suddenly ... People will not tolerate that," Sisi told CBC and ONTV.

Heavy spending on energy subsidies has taken a toll on the economy. But raising energy prices could trigger protests.

After the 2011 uprising that toppled autocrat Hosni Mubarak, already high energy subsidy costs ballooned to a fifth of state spending as the Egyptian pound plunged and due to an expanding population.

Egypt's finance minister has said that spending on energy subsidies next year will be 10-12 percent above the 130 billion Egyptian pounds ($18.6 billion) budgeted for in the current fiscal year, unless immediate reforms are made.

The government of Mohamed Mursi, which was toppled last July, worked out an agreement with the International Monetary Fund that would have included austerity measures, higher taxes and a reduction in subsidies. It was never implemented.

Sisi has not provided details on how he would manage Egypt's economy, which suffers from a weakening currency, massive unemployment, a bloated public sector and a widening budget deficit.

In the television interview, Sisi suggested he would intervene to protect the poor.

"I will create mechanisms for parallel markets if the people do not help me help the poor," said Sisi.