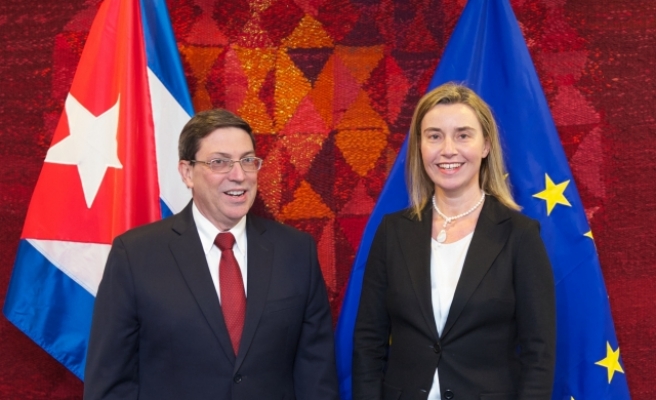 The European Union and Cuba signed a deal Friday to normalize relations 13 years after they were suspended, a breakthrough just ahead of a historic visit to the communist island by US President Barack Obama.

EU and Cuban officials signed the agreement in Havana during a visit by EU foreign policy chief Federica Mogherini, the culmination of nearly two years of intense negotiations that included the delicate subject of human rights, the issue that caused Brussels to suspend ties in 2003.