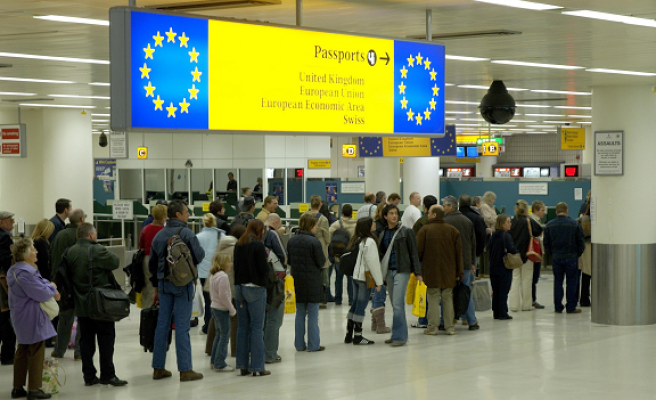 European Commissioner for Migration, Home Affairs and Citizenship Dimitris Avramopoulos on Monday praised Turkish hospitality towards millions of refugees hosted in the country.

"I would like, on behalf of the EU, to praise and commend Turkey once again for its tremendous hospitality and enormous humanity that it has shown towards these desperate people," Avramopoulos said at the 8th Bosphorus Summit in Istanbul.

Avramopoulos said migration is not an Italian, Greek, Turkish or Syrian challenge but has become a global one.

"Today, more than 65 million displaced people and more than 250 million international migrants across the world expect a global solution," he said.

He said the cooperation with all neighbors and key partners has become an essential pillar of the European comprehensive approach to migration.

"The results and success of the EU-Turkey Statement are one important example," Avramopoulos said, referring to the March 2016 refugee deal.

The March 2016 deal aimed to discourage irregular migration through the Aegean Sea by taking stricter measures against human traffickers and improving the condition of Syrian refugees in Turkey.

Turkey now hosts some 3 million Syrian refugees, more than any other country in the world. The country has spent nearly $25 billion helping and sheltering refugees since the beginning of the Syrian civil war.

The deal included a EUR6 billion ($7.07 billion) aid package to help Turkey care for millions of refugees hosted in the country.

"Together, we succeeded in substantially reducing irregular and dangerous crossings, saving lives, which resulted in a drastic decrease in the number of deaths," the commissioner said, adding the EU also continues to support Turkey through the Facility for Refugees in Turkey, worth EUR3 billion.

"Thanks to this, almost half a million Syrian children receive an education and around two million people are able to access healthcare.

"In addition, one million of the most vulnerable refugees are now receiving monthly electronic cash transfers to cover their everyday needs," he added.