'Tomorrow is an opportunity for the leaders of the UK, France and Germany to come together... and make very clear to president Putin that we need this ceasefire to hold,' UK PM's office says 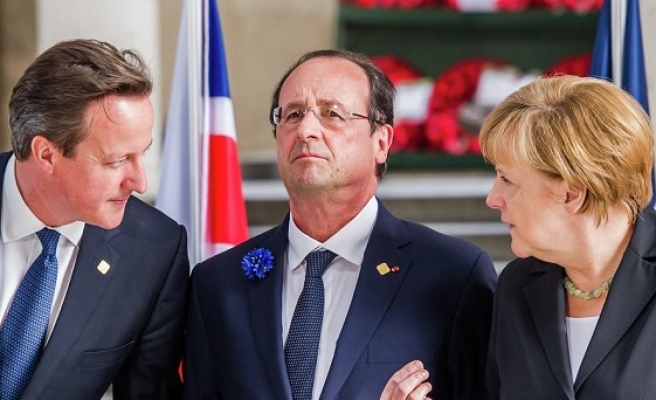 "Tomorrow is an opportunity for the leaders of the UK, France and Germany to come together... and make very clear to President Putin that we need this ceasefire to hold, to be a lasting one and to open the way for a real political transition," Cameron's spokeswoman told reporters on Thursday.

The fragile truce that came into force last week is the first major cessation of hostilities in the five-year civil war that has claimed more than 270,000 lives.

The agreement calls for the cessation of hostilities between the forces of Russian-backed President Bashar al-Assad and opposition groups, but it does not cover extremist groups such as the ISIL and Al-Nusra Front.

Speaking in parliament on Wednesday, Cameron said the ceasefire was "an important step forward, imperfect as it is", as it opened the way to the prospect of political negotiations.

Syria's government and rebels are due re-start peace talks on March 9 if the ceasefire holds.

"Not every group is included in the ceasefire, but basically we are not seeing the attacks that were taking place on the moderate opposition, which is welcome," Cameron said.

"It has also enabled us, with others, to get aid to communities that desperately need it, including through air drops and convoys.

"I would not put too much optimism into the mix right now, but this is progress and we should work on it."