G7 leaders urge all parties to comply with cease-fire deal agreed in Minsk on Thursday and warn of 'appropriate measures' against violators. 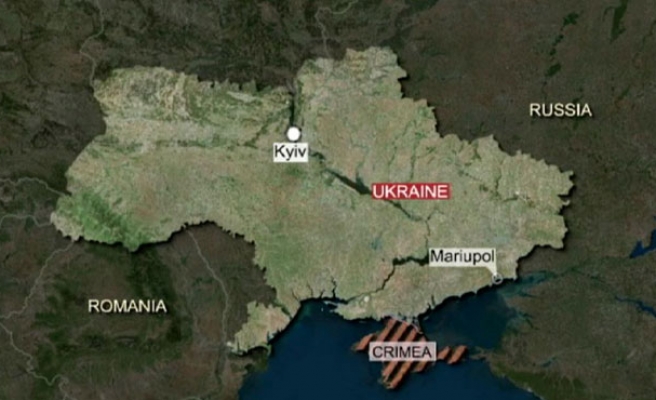 G7 leaders have expressed their readiness to act against violators of the Ukraine cease-fire agreement, according to a joint statement Friday.

"We, the leaders of Canada, France, Germany, Italy, Japan, the United Kingdom, the United States, the President of the European Council and the President of the European Commission welcome the 'Package of Measures for the Implementation of the Minsk Agreements' adopted by their original signatories on 12th February 2015 in Minsk. Implementation of the 'Minsk Package' offers a way forward to a comprehensive, sustainable, and peaceful resolution to the crisis in eastern Ukraine," the statement said.

However, the G7 leaders expressed their concern about the situation in Ukraine, "in particular in view of the fighting around Debaltseve where Russian-backed separatist militias are operating beyond the line of contact agreed upon in the Minsk agreements of September 2014, causing numerous civilian casualties."

The Ukrainian government and pro-Russian separatists had previously signed a cease-fire agreement in Minsk on Sept. 5, 2014, but both sides repeatedly violated it.

The leaders urged all sides to "adhere strictly to the provisions of the Package and to carry out its measures without delay, starting with a cease-fire Sunday."

They also urged all parties to refrain from actions in the coming days that would hinder the start of the cease-fire, warning of "appropriate measures" against violators.

"The G7 stands ready to adopt appropriate measures against those who violate the 'Minsk package' and therefore intensify the costs for them, in particular against those who do not observe the agreed comprehensive cease-fire and withdrawal of heavy weapons."

The leaders also reiterated their condemnation of Russia's illegal annexation of Crimea which is "in violation of international law."

In a controversial and internationally disputed referendum vote held on March 16, Crimea seceded from Kiev in favor of unification with Moscow.

Russian President Vladimir Putin signed into law a bill that officially incorporated Crimea into the Russian Federation on March 21.

Russia has since argued that the annexation of Crimea was not a violation of international law, but "an exercise of the right of self-determination."

The cease-fire agreement includes the withdrawal of heavy weaponry from combat areas, the withdrawal of all foreign-armed formations and release of all hostages and unlawfully detained persons, as well as political reforms and decentralization in the eastern Ukrainian regions.

More than 5,300 people have been killed and 12,200 others injured in eastern Ukraine since mid-April last year in the ongoing conflict, according to the UN High Commissioner for Human Rights.