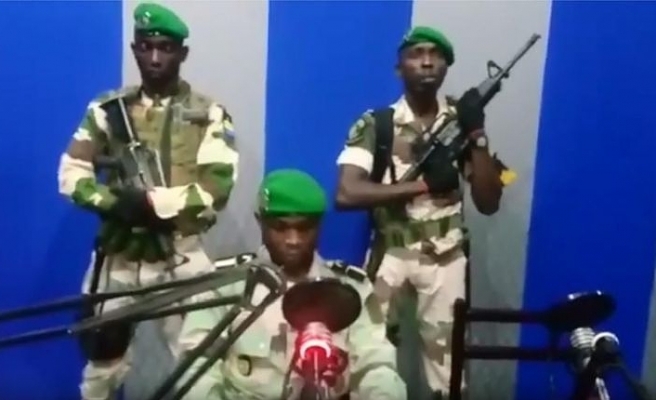 The Gabonese government said Monday it has quashed a coup attempt in the country.

Government spokesman Guy-Bertran Mapangou told reporters that soldiers who briefly took over the national radio on Monday morning had been arrested.

Mapangou stressed that the situation is back in control while the country's president is recovering from a stroke abroad.

Moussa Faki Mahamat, chairman of the commission, said in a tweet: "The African Union strongly condemns the coup attempt this morning in Gabon. I reaffirm the AU’s total rejection of the unconstitutional change of government.”

Obiang said President Ali Bongo -- who has been out of the country for over two months -- cannot fulfil his responsibilities.

In a New Year message from the Moroccan capital Rabat, Bongo said he will return home soon.

Bongo, 59, came to power through an election in 2009 following the death of his father, Omar Bongo, who had ruled the central African country for 41 years.

Gabon has been rocked by sporadic violence since the 2009 poll, the results of which have been questioned by the country’s political opposition.

For the past 50 years, the Bongo family has dominated Gabon, where a third of the population lives below the poverty line despite the country’s vast mineral wealth.