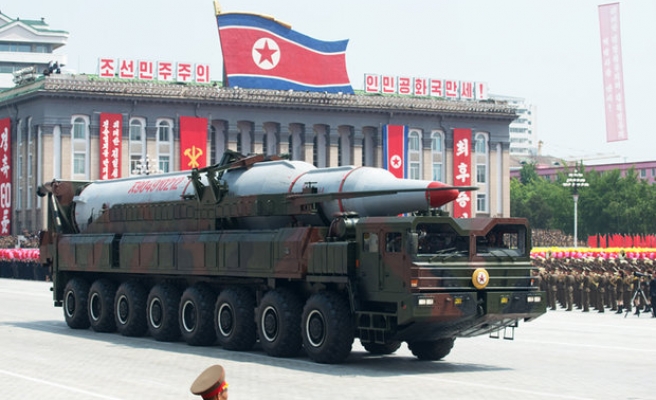 North Korea hailed an "epochal event" but its latest long-range rocket launch Sunday prompted international anger and plans for talks on a missile defence system for the peninsula.

Pyongyang's state TV said it successfully put a satellite into orbit, "legitimately exercising the right to use space for independent and peaceful purposes".

Many others saw a clear defiance of multiple UN resolutions -- a disguised test of a ballistic missile which could one day deliver a weapon as far as the U.S. mainland.

The international community is still struggling to reach agreement on how to respond to Pyongyang's latest nuclear test -- of what it claimed was a hydrogen bomb -- on January 6.

But China and Russia fear it could trigger an arms race in a delicately balanced region.

United Nations chief Ban Ki-moon called the North's actions "deeply deplorable" and demanded it "halt its provocative actions and return to compliance with its international obligations".

At Seoul's request the UN Security Council will hold emergency talks on the launch later Sunday.

The United States and its allies want to step up sanctions on the North, but Pyongyang's main trading partner and oil supplier China has in the past blocked tighter measures with its UN veto power.

Washington denounced the launch as "destabilising and provocative".

"North Korea's missile and nuclear weapons programs represent serious threats to our interests -- including the security of some of our closest allies -- and undermine peace and security in the broader region," National Security Advisor Susan Rice said in a statement.

Russia termed the launch a serious blow to regional security including that of Pyongyang itself.

"It is obvious that such actions lead to a serious aggravation of the situation on the Korean peninsula and Northeast Asia on the whole...(and) inflict serious damage to the security of the countries of the region, first and foremost North Korea itself," the foreign ministry said in a statement.

Foreign ministry spokeswoman Hua Chunying said Pyongyang had "the right to the peaceful use of space, but that right is limited by the relevant United Nations Security Council resolutions".

Hua called for "all relevant parties to deal with the situation calmly" and for "dialogue and consultations" about the Korean peninsula.

Relations between China and its neighbour have been strained by Pyongyang's nuclear ambitions in recent years and Beijing expressed opposition to the North's nuclear test last month.

On Friday, the U.S. and South Korean presidents spoke with their Chinese counterpart in separate telephone calls to demand punitive measures in the UN against the North.

However China acts as a lifeline to North Korea and observers say it is concerned that cutting off trade could trigger a flood of refugees across its border. China also fears a wholesale collapse of the regime in Pyongyang may lead to a U.S.-allied unified Korea on its doorstep.