A French diplomatic source in Paris and another Libyan official said ISIS militants were behind the attack, which took place on Tuesday night. 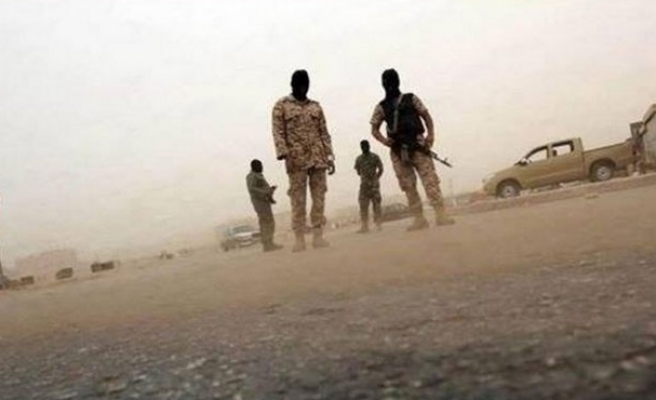 Gunmen killed 12 people, among them two Filipino and two Ghanaian nationals, after storming a remote, Libyan oilfield, a Libyan official said on Wednesday.

"Most were beheaded or killed by gunfire," said Abdelhakim Maazab, commander of a security force in charge of protecting the al-Mabrook oilfield, some 170 km (105 miles) south of the Mediterranean city of Sirte.

A French diplomatic source in Paris and another Libyan official said ISIS militants were behind the attack, which took place on Tuesday night.

It was impossible to get more details on the incident which happened in a remote part of the turbulent desert nation.

The violence followed an assault on a hotel in Tripoli last week that killed nine people, including five foreigners, underscoring the deteriorating security situation in Libya more than three years after the downfall of Muammar Gaddafi.

The Philippines Foreign Ministry said earlier on Wednesday that three Filipinos were among seven foreign nationals who had been kidnapped in the Mabrook assault.

But Maazab said eight Libyans, two Filipino and two Ghanaian nationals were killed during the raid, with nobody kidnapped. He added that his men were back in charge of the field.

France's Total has a stake in the site, which is currently off-line, but it is contracted to a Libyan company. The Filipinos worked for an Italian company.

Libya is in turmoil with two rival governments controlling different areas, each with their own armies. Rival armed factions have also been fighting for almost two months for control of Libya's biggest oil ports, Es Sider and Ras Lanuf, on the Mediterranean coast.

The recognised government of Abdullah al-Thinni and elected parliament has had to work out of an eastern rump state since a faction called Libya Dawn seized Tripoli in August, setting up its own administration and reinstating the old assembly.

Total said it had already withdrawn staff from the site in 2013 and had no personnel onshore since July 2014. It was not clear whether Libya's state-run National Oil Corp had employed expatriate staff at the field.

Ali al-Hassi, spokesman for an oil guard force, blamed for the attack. "The field is outside of our control," he said. "Islamic State is controlling it."

Militants claiming links to ISIS, which controls parts of Syria and Iraq, took responsibility for the deadly attack on the Corinthia luxury hotel in Tripoli last week.

However, officials of the government in Tripoli denied the claim, blaming "Gaddafi loyalists" for that assault.

Militants in Libya have claimed loyalty to ISIS on social media but facts are hard to get in a country where officials often contradict themselves.

Western powers and Libya's neighbours have been worried about a spread of militants in the country. Sirte is home to members of the Ansar al-Sharia group blamed by Washington for an attack on a U.S. diplomatic compound in Benghazi in 2012 in which the U.S. ambassador was killed.