India get military tech in 3 key areas from the US

India and the US have agreed to jointly develop and produce cutting-edge military equipment to enhance the reach and muscle of the Indian military. 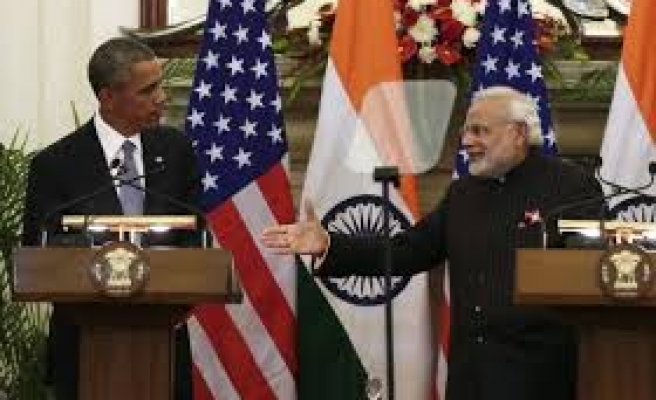 After the Barack Obama's recent visit to New Delhi, India stated that they want to use state-of-the-art U.S. technology to boost the range and potency of a planned aircraft carrier, a move that would tie their arms programmes closer together and counter China's military influence in the region.

The proposal, referred to only obliquely in a joint statement at the end of President Barack Obama's recent visit to New Delhi, is the clearest signal yet that Washington is ready to help India strengthen its navy.

India is looking to promote its domestic arms industry and sharing of technology is a vital part of it.

The deal will be inked when US under secretary for acquisition, technology and logistics Frank Kendall arrives in the Capital on February 24. He was in India in January as well to give final touches to defence issues ahead of US President Barack Obama’s Republic Day visit.

With an EMALS system on a flat deck, India's navy planners hope to increase the number of aircraft on board the INS Vishal to 50 from 34 and field heavier fighter jets with longer range as well as airborne early warning aircraft.

"EMALS is one of the most revolutionary things in carrier technology because it completely changes the way you fire a plane off the top of a ship," said James Hardy, Asia-Pacific Editor for IHS Jane's Defence Weekly.

General Electric’s hot-engine technology permits fighter jets to operate in hot weather conditions without any possibility of an engine failure. This next generation technology is needed in the hot and dry climate of Rajasthan and Gujarat as well as parts of Haryana and Punjab.

Extended battery packs increase the survivability of ground troops and enhances their effectiveness as platoons remain in touch with commanders for extended periods of time without fear of batteries running out. The battery pack has been developed by General Dynamics, an American aerospace and defence company.

India, which buys 65% of its weapons from abroad, is expected to spend an estimated $250 billion in the next decade to modernise its military. The US has edged out Russia and Israel to emerge as India’s biggest arms supplier in the last three years — 2011-14.