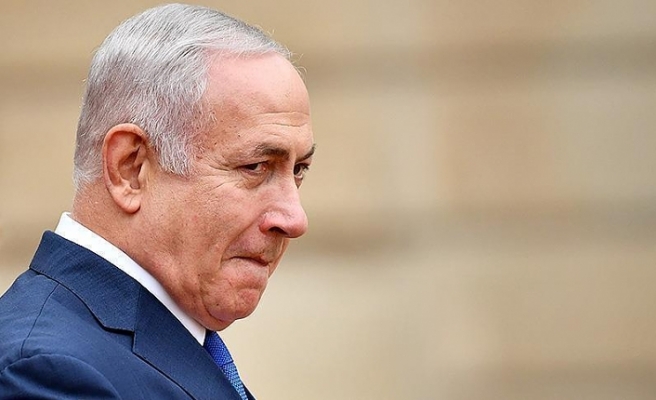 Israeli Prime Minister Benjamin Netanyahu has lobbied the Honduran president to move his country’s embassy from Tel Aviv to Jerusalem.

This came during a joint meeting between Netanyahu, U.S. Secretary of State Mike Pompeo and Honduran President Juan Orlando Hernandez in Brazil on the sidelines of the inauguration of new Brazilian President Jair Bolsonaro.

During the meeting, Netanyahu discussed the relocation of the Tegucigalpa embassy from Tel Aviv to Jerusalem, according to official Israeli and U.S. statements.

In a Wednesday statement, Netanyahu’s office said the meeting dealt with the opening of the Honduran Embassy in Jerusalem and an Israeli embassy in the Honduran capital Tegucigalpa.

According to the statement, the talks on moving the Honduran Embassy to Jerusalem was first discussed during a visit by Netanyahu's wife Sara to Guatemala last December.

The statement, which was cited by The Times of Israel newspaper, said the meeting “discussed advancing the opening of the two embassies in Jerusalem and Honduras.”

The U.S. Department of State, for its part, said in a statement that the three parties "agreed to pursue a plan of action, which includes meetings in their three respective capitals, to advance the process of the decision to open embassies in both Tegucigalpa and Jerusalem."

The U.S. and Guatemala have already transferred their embassies to Jerusalem.

In recent months, the Palestinian Authority, the Arab League and the Organization of Islamic Cooperation (OIC) have called upon countries not to recognize Jerusalem as the capital of Israel nor transferring their embassies to the occupied city.

Jerusalem remains at the heart of the decades-long Middle East conflict, with Palestinians hoping that East Jerusalem -- occupied by Israel since 1967 -- might one day serve as the capital of a Palestinian state.