The Guenzburg collection contains nearly 2,000 manuscripts and some 14,000 books, some of them hundreds of years old, on a wide range of religious, artistic and scientific topics. 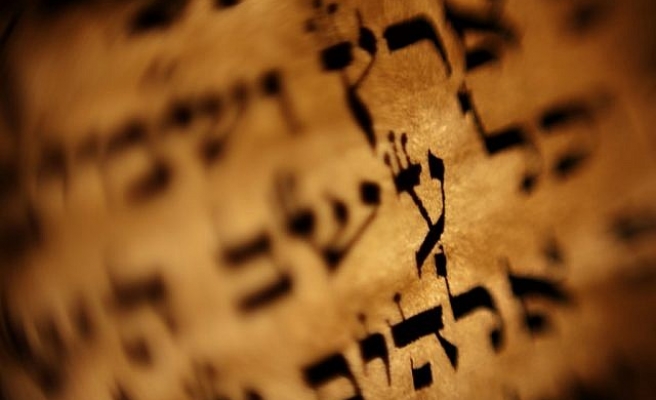 Israeli and Russian libraries will sign an agreement Tuesday to digitise and publish a treasured collection of ancient Hebrew manuscripts and books, effectively putting to rest a 100-year ownership dispute.

Among them are works on the Bible, Jewish law, mathematics and philosophy, including by Aristotle and Jewish philosopher Maimonides.

When Russian Jewish owner Baron David Guenzburg died over a century ago, it was considered "one of the largest and most important private collections in the world", according to Aviad Stollman, head of Israel's National Library collections.

Zionist Jews bought the collection from Guenzburg's widow in 1917 with the aim of shipping it to the Holy Land library that would evolve into the National Library, Stollman said, but World War I was raging and prevented that possibility.

After the Russian Revolution, the collection was expropriated and eventually taken to the Russian State Library in Moscow, where it is still held.

The agreement to be signed in Jerusalem on Tuesday evening between the Russian State Library and the Israeli National Library will see the Russian library taking high resolution digital photographs of the collection.

The photos will then be handed to the Israeli library who will post the collection on their Ktiv website, the vast digitised collection of Hebrew manuscripts from libraries and collections around the world.

The Guenzburg collection, which contains unique items, has been available to researchers at the Russian State Library, and the Israeli library was allowed to create microfilm images of it in the 1990s for its own use.

Over the years the Israeli National Library attempted to retrieve the collection, but evidence of its purchase from Guenzburg's widow "does not satisfy the Russians", Stollman said.

Talks at the "highest levels" in the past years, including Israeli Prime Minister Benjamin Netanyahu and Russian President Vladimir Putin, however, enabled the agreement.

Dagestani-Russian business tycoon Ziyavudin Magomedov of the Summa Group has committed to support the work at the Russian State Library, expected to begin with the manuscripts, Stollman said.

With the agreement in place, whether or not the Zionists bought the collection from Guenzburg's widow a hundred years ago "doesn't really matter", Stollman said.

"We're putting aside the question of ownership and looking forward," he said ahead of the ceremony.

"Digitising won't only help preserve the important works but enable simple and easy access," he said. "Our goal is to make these manuscripts accessible to everyone for free, from anywhere in the world."