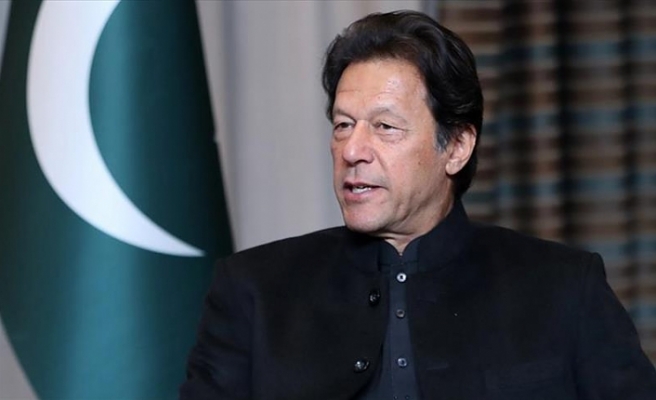 Starting the business of his two-day visit to Turkey, Pakistan’s premier said Thursday that it is time to boost the trade volume between Turkey and Pakistan.

“I’ve brought my team with me because now’s the time to enhance the trade volume between Pakistan and Turkey,” Imran Khan told a working dinner co-organized by the Turkish Union of Chambers and Commodity Exchanges (TOBB) and Pakistan’s Embassy in Ankara. 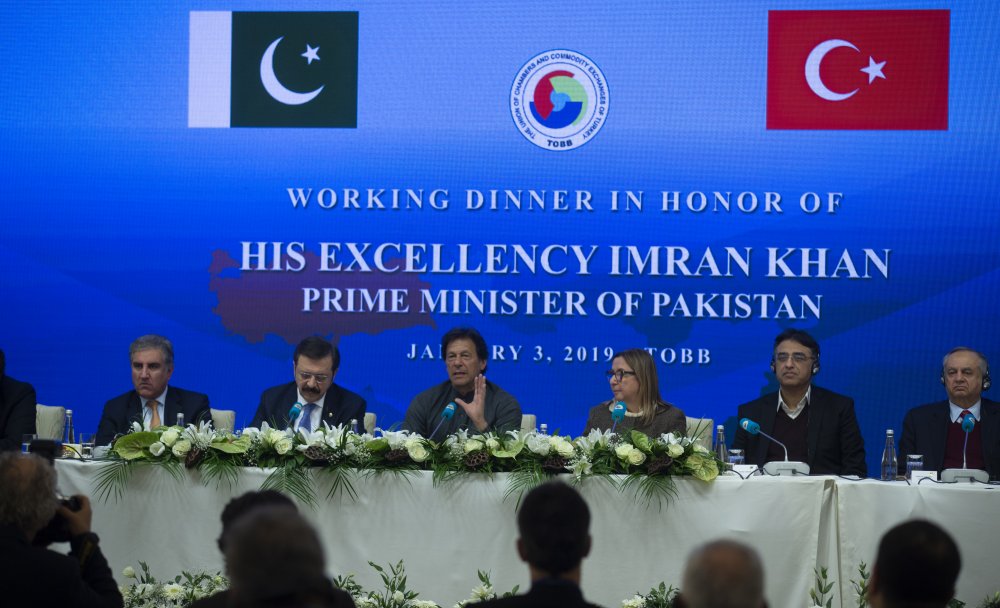 The bilateral trade volume currently falls short for a number of reasons, including the distance between the countries, said Khan.

“I think this issue will be solved in the coming years, because a huge development is taking place in Pakistan, namely the Chinese Belt Road [One Belt One Road] initiative,” he noted.

He added that the project would allow Pakistan to forge connections with countries it has been unable to before.

The $64 billion One Belt One Road project aims to connect northwest China to Pakistan's southwestern Gwadar port through a network of roads, railways and pipelines to transport cargo, oil, and gas.

Noting Pakistan’s huge potential in many areas, he added the country boasts “huge mineral reserves” such as natural gas, copper, and cobalt but that these areas have been neglected.

Touching on Pakistan’s strategic importance, he said: “We’re fixing our governance system. [The government is working to] make it easier for businesses to work, to ease doing business, and the cost of doing business.”

Khan added that his government’s initiatives promise to make investments from Turkey “much easier” as well.

“I want to assure you that this government’s aim is to make it easy for investors. Make a lot of people make money and make profits,” he added.

He said his country has one of the youngest population in the world, with fully 120 million Pakistanis under age 35.

Also mentioning a project for building 5 million houses in the next five years, Khan welcomed construction companies to invest in his country.

“This is a huge initiative for Pakistan,” he added.

Touching on the historical ties between Turkey and Pakistan, he said: “When Turkey was fighting for its independence, now in Pakistan, then it was India, people were collecting money to support the Turkish movement for independence.”