U.S. Secretary of State Kerry has dismissed talks of split between US and Europe over providing arms to Ukraine, and says Washington is up for diplomacy. 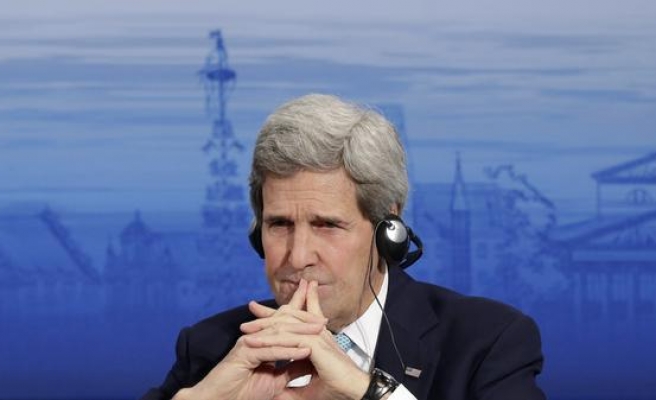 U.S. Secretary of State John Kerry has dismissed speculations of a split between the U.S. and Europe over Ukraine and claimed they are united for a diplomatic solution to the crisis.

“Let me assure everybody, there is no division, there is no split. We all agree that this challenge will not end through military force,” Kerry said at the Munich Security Conference in the German city of Munich Sunday.

The recent push of the Republican-controlled U.S. Congress to provide military supplies to Ukraine has increased pressure on the Obama administration, while its European allies continue to express doubts about the suggestion.

White House Press Secretary Josh Earnest said last week that President Barack Obama was weighing the possibility of delivering lethal aid to Kiev, but also added that they were having several concerns.

Kerry tried to play down differences between the U.S. and European allies and stressed that they were working together for a diplomatic solution.

He also warned Russia not to undermine a political solution with its activities in eastern Ukraine.

“We are united in our diplomacy, but the longer that it takes, the more the off-ramps are avoided, the more we will be forced to raise the costs on Russia and its proxies,” he said.

At a panel discussion with his American and French counterparts at the Munich Security Conference, Steinmeier said, “Some deem supplying weapons to Ukraine to be very feasible, or even necessary path forward. But I believe that it is highly risky and dangerous, and counterproductive indeed.”

But prominent Republican Senator John McCain, who is leading an initiative at the U.S. Senate for providing lethal arms to Ukraine, insisted on the proposal during a speech at the conference.

“The right question is, if we help Ukrainians increase the military cost of the Russian forces that have invaded their country, how long can Putin sustain a war that he tells his people that is not happening. That is why we must provide defensive arms to Ukraine,” he said.

Merkel, who opposes arms supplies to Ukraine, continued her efforts Sunday for a cease-fire deal between the conflict parties.

In a telephone conference with the leaders of Russia, Ukraine, France Sunday, she discussed the possibility of a leaders summit in Minsk Wednesday, government spokesman Steffen Seibert said in a statement.

He underlined that diplomats from four countries will negotiate in Berlin Monday a package of measures towards a cease-fire, with the goal of an agreement to make this leaders summit possible.

Merkel and French President Francois Hollande held talks with Putin Friday about halting the violence in eastern Ukraine. However, the European leaders failed to broker a cease-fire deal following their long discussions Friday night, but agreed to continue discussions on the German-French proposal.

Merkel had talks with U.S. Vice President Joe Biden and Ukrainian President Porosenko, on the sidelines of the Munich Security Conference Saturday.