Kerry in Moscow to sound out Putin on Assad rule 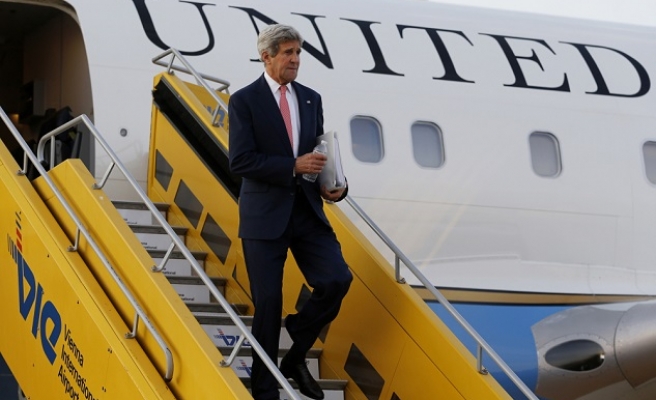 U.S. Secretary of State John Kerry arrived in Moscow on Wednesday seeking to gauge whether Vladimir Putin is ready to discuss ways to ease Bashar al-Assad from power in Syria.

Moscow agreed to bring its ally's representatives to the table for talks with the opposition delegates, but the Russian president insists that only Syrian voters can decide Assad's fate.

Any UN-backed elections would be at least 18 months away -- even if the talks go well -- and, without guarantees of Assad's exit, Syrian opposition leaders may yet baulk.

So Kerry touched down outside Moscow hoping for a sign that Russia -- which has just withdrawn some of the forces it sent to shore up Assad's regime -- may be more flexible.

"What we're looking for, and what we’ve been looking for for a long time is how are we going to transition away from Assad's leadership," a senior U.S. official told reporters.

Kerry is in regular contact with his Russian counterpart Sergei Lavrov, but the top U.S. diplomat knows any change in the Kremlin's posture will only come from Putin himself.

"On the Russian side, there's only one decision maker and you need to be in the room with him to evaluate what's possible," the State Department official said.

The official said a shaky ceasefire between regime and opposition forces and Russia's partial withdrawal could mark an opening for Putin to shift his stance on Assad.

"The question is whether we can get down to brass tacks with the Russians on how to get from here to there in terms of transitioning the government," the official said.

But the American delegation is cautious about predicting a breakthrough, insisting the visit is as much about judging Putin's true stance as convincing him to change it.

Kerry is to meet both Lavrov and Putin on Thursday at the Kremlin. Later on Wednesday he was to meet in Moscow with German Foreign Minister Frank-Walter Steinmeier.

Aside from Syria's five-year civil war, Kerry and his hosts were also to address the crisis in Ukraine.

Kerry is to give his support to German and French efforts to convince Putin to rein in pro-Russian separatist rebels and allow the full application of the 2014 Minsk Protocol.

Under this plan, Kyiv will accord the breakaway region a measure of autonomy and hold elections while Russia should end support for the rebels and respect Ukraine's border.