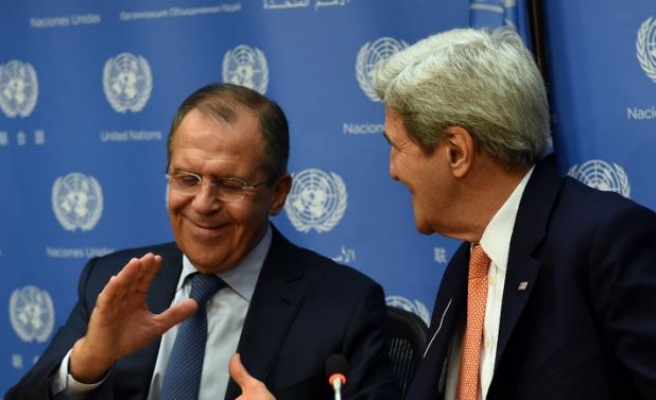 The announcement came as key players in the Syrian conflict gathered in Geneva for indirect talks in a fresh effort to end the bloodshed, which has so far cost more than 260,000 lives since it began with anti-regime protests in March 2011.

During a phone conversation, Lavrov and Kerry "agreed to evaluate progress in the Geneva talks during the next meeting of the International Syria Support Group (ISSG) on February 11," a statement said, without saying where the meeting would talk place.

Washington and Moscow are the key players in the bid to end the bloody war in Syria, leading talks through the 17-nation ISSG.

The two men also discussed the ongoing talks in Geneva which are being attended by representatives of President Bashar al-Assad's regime as well as opposition figures. In a last-minute announcement, Syria's main opposition body agreed to attend, but has insisted it will not engage in negotiations with regime figures.

Earlier this week, Lavrov's deputy said Moscow wanted to hold an international meeting on Syria in Munich on February 11, saying there was an "agreement in principle" on the matter between the top US and Russian diplomats.

High-ranking officials are due to gather in Munich on February 12 for an annual security conference.

Western diplomats have piled pressure on the opposition to participate in the current round of negotiations, which would be only the second dialogue between Syrians since the start of the conflict.

The talks are part of a UN-backed plan, agreed by top diplomats last year in Vienna, that envisages negotiations followed by a transitional government, a new constitution and elections within 18 months.