Kim aide in Washington to prepare for US-N.Korea summit

Kim Yong-chol will pay courtesy call on US president, present him with letter from North Korean leader 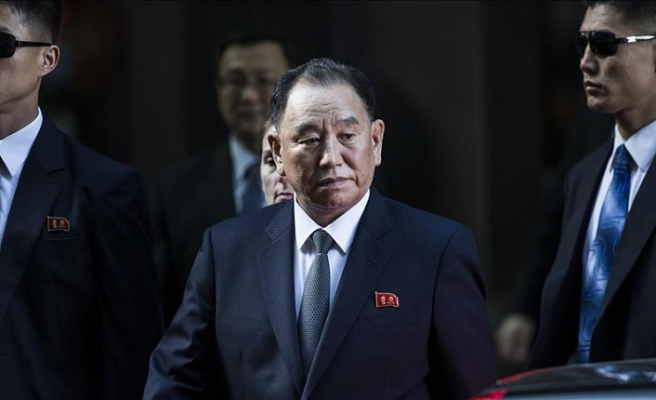 A top aide of North Korean leader Kim Jong-un has arrived in Washington for a meeting with U.S. secretary of state on Friday, media reports said.

Kim Yong-chol and his team flew from Beijing directly to Washington for a three-day stay in the capital, Yonhap news agency reported.

The Korean team was received at Dulles International Airport by U.S. special representative for North Korea Stephen Biegun and other North Korean officials.

Biegun refused to comment to media at the airport.

Kim, the vice-chairman of North Korea's ruling Workers' Party Central Committee, will meet Mike Pompeo later on Friday "to finalize the details of another summit" between the leaders of the two countries.

However, the U.S. State Department has yet to speak on the much-hyped meeting.

He is also expected to pay a courtesy call on U.S. President Donald Trump and to present him with a letter from Kim Jong-un.

The second summit between Trump and the North Korean leader will reportedly be held in Vietnam in a month if Friday’s meeting succeeds, various media reports claimed.

It was in June 2018 that Trump and Kim broke the impasse and held a historic summit in Singapore, the first time any two leaders from the rival countries have done so.